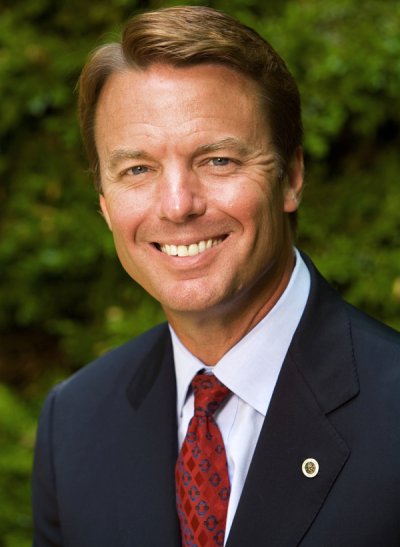 When you can’t fight the message, attack the messenger. This is a time tested rule in politics. That is what the political establishment and the corporate news media attempted to do to John Edwards. They attempted to kill his message and credibility, by making snide comments about him, and a $400 hair cut.

John Edwards has strong positions on issues of public importance. His positions have merit and should be discussed and debated in a reasonable society. The political establishment and corporate media would have none of it. Well John Edwards has had enough, and taken steps which should finally put an end to it.

Here’s a John Edwards the corporate media, the other candidates, and the political establishment would prefer you never ever saw.

Check out his position on Health care…

The 1960’s Musical and 1979 film Hair was a counterculture classic. It became one of the anthems of the peace movement. I own copies of both the Broadway soundtrack and the film version on DVD. Since it’s release as a musical it has generated a wealth of controversy. It’s made it’s way into popular culture, including the most recent a parody during the finale of the Movie the 40 year old Virgin. John Edwards use of it is probably the best I have seen.

So that you understand the references in the first video above take a look at these clips and the plot summary for the movie Hair. It really helps you to appreciate just how hard he stomped on those who want to tease him about his own hair.

He’s right though, it’s all about what really matters, a hair cut, or the real world. You choose.

Plot Summary for the movie Hair

The movie begins in a small town in Oklahoma. Claude Bukowski (John Savage) boards a bus for New York City, where he is to be drafted to fight in the Vietnam War. Once he arrives in New York, he encounters a tribe of hippies in Central Park (“The Tribe”), including George Berger (Treat Williams), the leader; Jeannie, a young pregnant girl who doesn’t know or care who the father is; Lafayette “Hud” Johnson (Dorsey Wright), a black militant man with a large afro; and Woof (Don Dacus), who has long blond hair. The four befriend Claude and share some marijuana with him. He spends the night with them and some other neighborhood hippies. The next morning, as he is ready to leave, Berger shows Claude a newspaper photo of Sheila Franklin (Beverly D’Angelo), a beautiful young woman that The Tribe had seen the previous day riding a horse with her friends. Sheila’s delightful parents are having a debutante ball for her, so Berger asks Claude if he wants to crash the party with The Tribe in order to meet her. Claude is reluctant at first, but eventually agrees.

The five show up uninvited during some elegant and festive lawn activities. Sheila and her friends secretly get high in her room before dinner. At the dinner, Berger bluntly makes a toast to Claude, telling everyone that Claude’s in love with Sheila and wants to look at her for a few minutes to have a clear picture of her in his mind when he goes off to fight in Vietnam. Berger ends up dancing on the dinner table singing “I Got Life” and breaks several dishes before Sheila’s doting father has him and his friends arrested. The judge sentences the five of them to 30 days or pay a $50 fine. Only Claude has $50, so at first he decides to pay, but Berger finally persuades him to wait for him to get the money to get them all out. Berger first tries to get Sheila persuade her father to bail them out, but she refuses. Finally Berger asks his parents for the money and his mother agrees to pay him, followed by a rendition of the title song “Hair” involving a prison riot.

The hippie demonstration in Central Park

Once out of prison, the five go back to Central Park and meet up with thousands of protesting hippies. Sheila also shows up there and apologizes for her younger brother, who’d behaved rudely to Berger. Also, Berger and Claude join a group of hippies in line to get high on LSD. Claude gets the last sample, and Berger misses out. Claude then experiences some weird hallucinations involving him dancing with Sheila, going to church with her and marrying her, getting her pregnant with a single kiss, and watching her fly around the inside of the church. The hallucination ends with her and the wedding party falling into a fire and the church doors closing him inside, along with the fire.

By nightfall, after the demonstration has finished, Berger and The Tribe looks for Claude, finally finding him alone, still high from LSD. They then decide to go swimming naked in the reservoir in Central Park. Claude wants to take Sheila home, but she gets nervous, so she decides to go home by herself. Insulted, Claude decides to join The Tribe in the water. Once Sheila sees him dive in naked, she decides to do the same and they flirt as they swim. Meanwhile, The Tribe, except for Jeanie, who was sitting by the lake, take their clothes and sneak away behind the bushes. Once Sheila discovers that everyone is gone and their clothes are missing, she gets angry. She runs out and hails a cab, who is all too eager to pick her up. Then The Tribe shows up from behind the bushes with her and Claude’s clothes. Claude is furious at them for pulling this prank and insists that they return her clothes, though they want Claude to do so himself. They also become upset at Claude once he makes it clear that he still intends to go to the Army the next morning to begin his boot camp training.

Hesitantly, Claude goes to the induction center the next morning and is sent to a base in Nevada for his boot camp training. Once there, he writes a letter to Sheila, which she shows to The Tribe. Sheila suggests that they all write him back, but Berger decides that they should all go visit him in Nevada. Sheila doesn’t think the pacifist Tribe leader is serious, wondering how he will make the trip without a car. Meanwhile, Hud’s ex-fiancee, along with her young son, Lafayette, Jr. finds Hud with his friends and interrogates him about Jeannie, who is pregnant, asking him if she’s carrying his child. He says he doesn’t know whether the child is his or Woof’s. He tries to insist that she go home, but she doesn’t want to. She sings movingly of his care for “people”, but not for her and his child (“Easy to be Hard”). Hud agrees to take her along with the rest of the gang to Nevada. To get there, they end up stealing Mr. Franklin’s Lincoln town car from her brother. They take a 5-day road trip to Nevada.

Once they arrive at the gate, the guard won’t let them in. Sheila seduces a soldier, and The Tribe take his uniform and his car. Berger cuts his luxurious hair, and he puts on the uniform and drives the soldier’s car through the gate, passing as a soldier. Berger goes to Claude’s barracks and orders him to report outside for duty. Once outside, he shows Claude who he really is. Claude is delighted to see him. Berger tries to get Claude to sneak into the trunk, but Claude refuses, realizing that he must show up for duty. Berger tells him that Sheila and the whole gang are there and want to see him. Once Claude shows his curiosity, Berger decides to take Claude’s place in boot camp. He tells Claude to take off his uniform and they exchange uniforms. Berger then goes into the barracks in Claude’s place, while Claude drives off to meet the rest of The Tribe.

Claude spends an hour or so with Sheila and The Tribe. While Claude is gone, his unit, including Berger, receives orders for shipment to Vietnam. By the time Claude returns to his unit, they have shipped out with Berger. Claude tries to catch up with them, but they have boarded a plane. Berger dies in Vietnam, as established by the final scene of the movie, when The Tribe (with Claude) gathers around their leader’s grave in Arlington Cemetery near Washington D.C. Then a huge group of hippies gather around demonstrating and singing the final song, “Let the Sunshine In”.

The above plot summary is courtesy of Wikipedia, the free encyclopedia