Ben’s Birthday Bash at the Icehouse 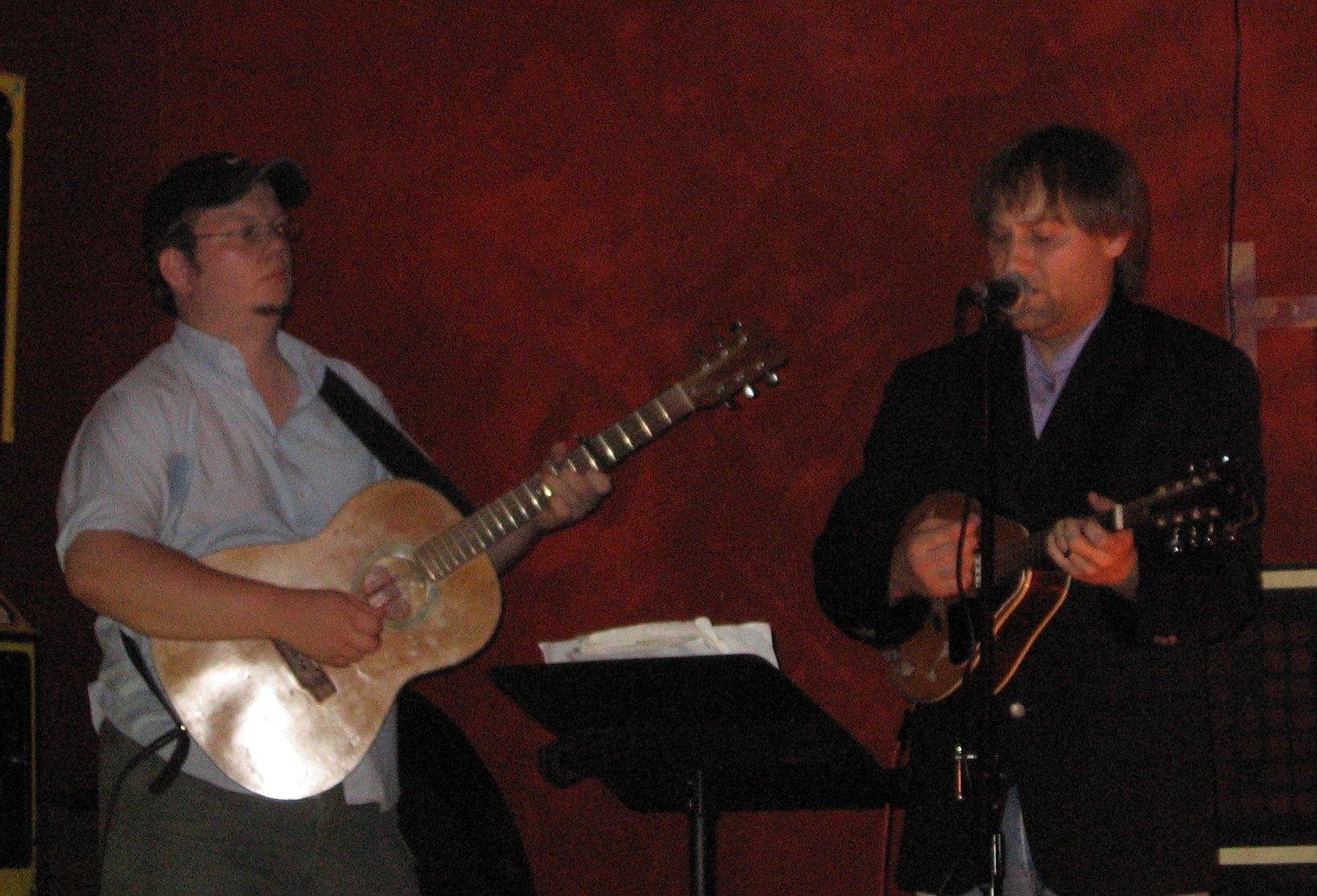 The Icehouse Cafe hosted Ben Wilson’s 30th birthday bash again this year with music and a variety of other entertainment. In the packed, smoke free, Icehouse Cafe, a rowdy (in a good way) crowd, one-third of them over 50, clapped and hooted for the bellydancers, the headbanging sounds of the band, The Non-Professionals, and, pictured at left, musicians David Britton and guest of honor, Ben Wilson.

The Cafe event showcased ongoing displays of political and other art, including my own work, Evolution of Medusa (a.k.a. ‘Bob,” pictured at right) and a life-sized George Bush rendering with a ‘select a saying” comic strip bubble, which can be photographed. 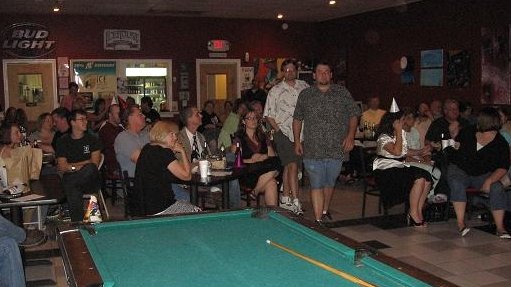 Ben said (according to his fun facts about Ben) that his favorite music ranges from Kermit the Frog’s Rainbow Connection to Bob Dylan’s Not Dark Yet, with lots of music heroes in between. David Britton is a familiar face because of his work at Port Royal State Historic Area; everything he does is remarkable — including his performance on guitar. David and Ben played the Roxy Theater in Clarksville recently to an enthusiastic and growing crowd of fans. Guests at this “new” tradition were given 2 CD’s, the Ben Coloring Fun Book, Fun Facts about Ben, birthday cake and two books of matches with “Folk You” on the covers.

The art show in the Icehouse has some political pieces that a girl like me can love. I felt prompted to ask people what they liked and their answers may spur you to want to go take a look, show will be changed near the end of August.

As the evening progressed, I questioned visitors about their favorite pieces of art:

For Barbie Kanta, it was Green Alien, because of the “color, intensity, strikingly different from the rest of the pictures.”

Marionette men with Umbrella caught the interest of Jeff Evans, who liked the dark, undistinguished figures awash in the red mist. “It makes me think of fear and the struggle for togetherness,” Evans said.

Dale Dohner chose the Ying and Yang piece, with its message of “good and evil, right and wrong, positive and negative. The duality of man.”