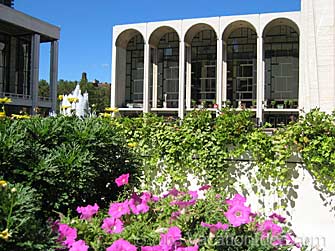 The murderous mysteries of Macbeth. The tragedy of Romeo and Juliet. The romance and splendor of La Boheme. It’s all coming to a theater near you (in Nashville, not Clarksville, but close enough) as New York City’s Metropolitan Opera prepares to launch another season of high definition simulcasts featuring Live from Lincoln Center performances.

Opera fans, mark your calendars: tickets sales for the 2007-08 performances start October 19, with the first performance, Gounod’s Romeo and Juliet, conducted by Placido Domingo, to air on December 15.

The inaugural series last year reached 325,000 people worldwide. In the United States, some 200,000 people viewed the performances on 151 screens.

In addition to Romeo and Juliet, the coming season includes:

Last season, the Met presented a remarkable series that played to packed theaters at Green Hills Mall Theater and Opryland Theater in Nashville. The series was not screened in any Clarksville theaters, so classical and opera fans had to travel the extra miles for these special screenings.Under the leadership of General Manager Peter Gelb and Music director James Levine, the Metropolitan Opera has launched numerous initiatives designed to connect the companies with larger audiences. The Met has made the commitment to present modern masterpieces alongside classic repertory, with highly theatrical production featuring the greatest opera stars in the world.

Editor’s Note: Can’t think of a better Christmas gift for the music lover in your household than tickets to one or several of these performances.