With Valentino goes an era of timeless style, elegant design 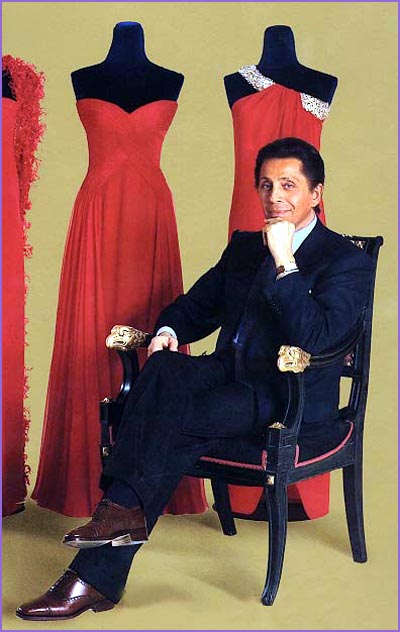 My disclaimer: Okay. This isn’t going to be your typical Clarksville Online article. At least not my typical Clarksville Online article. For most of you who read my work or know me personally only in the context of my time in Tennessee, my involvement with peace action, or my politics and anti-war rants, this commentary may seem odd, and will likely place an entirely new, unexpected and different light on me.

My story: In my 54 years of life and work BT (before Tennessee), I moved in several dimensions: I was an editor, an arts critic, a caregiver, a part-time plumber and home remodeler, a gardener, and … a fashion fanatic. I’m the woman who goes to New York City’s Bergdorf Goodman’s to pet the fabric and get close-up and personal with intricate embroidery on $10,000 gowns. When I was sixteen and couldn’t afford a ball gown, I raided a local curtain fabric supply store, emulating Scarlett O’Hara as I designed my own from yard upon yard of white organdy diverted from its intended use.

When I talk about fashion I am not talking about the pop-culture stuff — I’m looking at New York and more importantly, European couture. At 13, as a budding teenager with three years of sewing and design already behind me, I was frantically copying designs by Givenchy (who dressed Jackie O. and Audrey Hepburn in all those classic designs), Coco Channel (those little suits of hers were minutely detailed), and Valentino. Romantic, Italian, gifted Valentino (above, right).

Valentino, or rather the recently announced retirement of icon known simply as Valentino, prompted this writing.

So today I am in mourning. Not just over his retirement but over this newest loss to the art of design (though it is also a new addition to the realm of art history). For true fashion design is an art form. The Metropolitan Museum of Art in New York has an entire department dedicated to clothing/costume design. I once sat on the floor in that shadowy exhibition hall for an entire afternoon, listening to Tchaikovsky’s Firebird Suite while eyeing the details of 300+ years of costuming from the Russian Ballets. 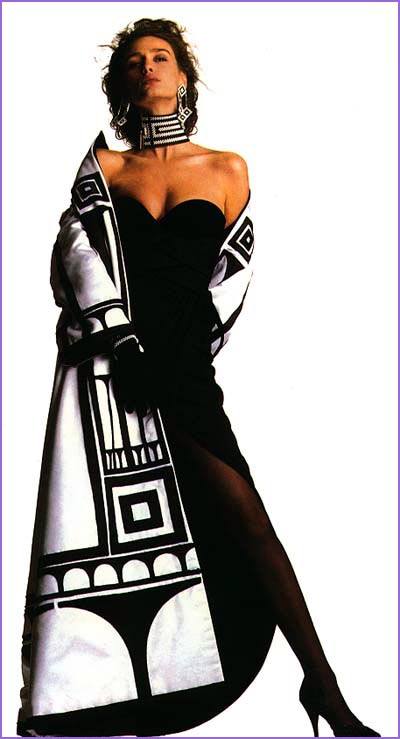 Anyone who has worked with fabric, with fiber arts in any form, knows it is all in the detail. A quarter inch snip of the scissors here, the tiniest perfectly aligned stitches there. The geometry of a straight edge played out against a curve. The positioning of a pattern for dramatic effect. A sensual length of fabric that slips through you fingers, or has a roughened texture that screams ‘touch me.’ Of all this, Valentino remains a master.

With Valentino’s retirement, an era is ending. An era of class, classic design and absolutely elegant clothes handmade with infinitely perfect stitching, fit and the finest fabrics. An era of grace and style.

Today Valentino made it official: announcing that with one more ready-to-wear and one more Haute Couture season, he will walk away from the runway to pursue “other interests” which he hinted would include promoting the study and preservation of fashion. Though he is a icon on the Paris fashion scene, he remained based in Rome throughout his career, designing clothes that would”celebrate the female form and accentuate her sensuality.”

Valentino once commented that the “only color besides black and white is red;” indeed, his best clothes are black or white, punctuated with splashes made by the dozens of dazzling red gowns that emerged from his 45 years of design. Three hundred of those designs are being showcased through October 28 in the Ara Pacis Museum in Rome, a stunning display by a design legend. 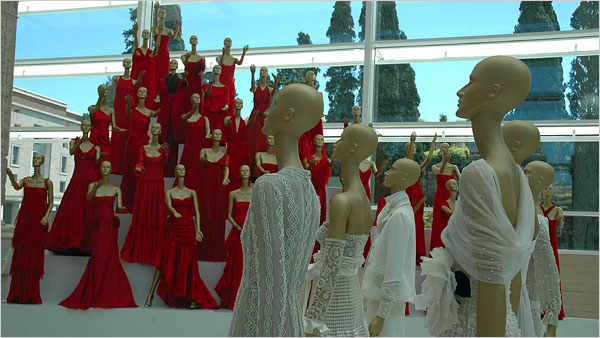 The Valentino line will not dissolve; another, younger as yet undisclosed designer will step in to fill these formidable shoes. But as happened when other icons stepped down from their pedestals, their replacements, while deemed “hip,” “young,” “progressive,” “innovative” and “imaginative” (most of which seem discordant and lacking grace to me) never seem to capture the elegance that these design veterans lay before us for so many years. I browsed the 21st century Givenchy line today; gone was the grace, and in its place was slick, slinky, and futuristic, all shown with disheveled hair. I flinched. Great stuff for MTV and pop videos. Definitely young. But hey, I wave my arms and say “what about the rest of us?” We’re still here. We may not be twiggy thin anymore, but we’re still here. Design for us. Please.

And it may be just me, or maybe it is just my generation, or the influence of the cultural mecca in which I lived before Tennessee. But some of us budding antiques still have, tucked inside our bureau drawers, carefully placed linen bags with beaded elbow length gloves, glittering earrings (twist ons, not pierced), jeweled shoe clips, satin pumps, beaded chiffon shawls and other trimmings for an elegant evening of dinner or theater or dance. Okay again. Maybe I am closer to antique than I care to think about. But this style, this elegance required manners and grace and created a beauty of its own.

Few consumers stop to think that while the exaggerated design and expensive forms as seen on Style and other fashion and entertainment networks are not something most people buy (though many try to emulate what seems to be the worst of it), it is the genesis of styles that filter down through the economic strata and become, in much modified and less well made versions, the styles and colors selling locally, now. What wears in Paris or Rome take a year to hit New York, and three to five years to filter down to the masses in radically altered form. It happens a bit faster now in this age of internet and global TV.

I liked being on the cutting edge, European style. I like having places to go where being on this cutting edge could be played out. I would love to make a knock off of a Valentino suit and wear it on a trip to Rome just to see this exhibit. Won’t happen, but I can dream.

The museum itself, redesigned (not without controversy) and renovated by internationally acclaimed architect Richard Meier, showcases Rome’s most famous symbol of peace, the altar of Augustus, circa 9 B.B., an altar against which the 20th century designs of Valentino are showcased. The majestic altar has white marble with carved floral and garland bas-reliefs. The altar is flanked by walls of windows that connect the interior exhibits to the exterior vistas of the city of Rome.

So I spend an hour this morning culling through the stock photos of Valentino designs, culled a few from my digital portfolio of favorite things. And I think I found a dance dress I will make for my next trip north — a dance with a long-time friend to music played by a 16 piece orchetsra. The kind of thing a Valentino gown was made for.

These are some of my favorite newer but still classic Valentino designs: