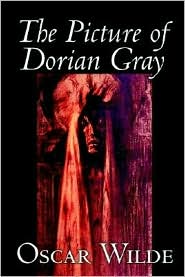 Pulling a story from classic literature, the Roxy Regional Theater will open The Picture of Dorian Gray on Wednesday, October 12. The production will run through October 27. It has been adapted from the Oscar Wilde novel for this stage by John McDonald.

Written originally as a story by Oscar Wilde, it was first published as a feature in Lippincott’s Monthly Magazine in 1890 and subsequently published as a novel in 1891.

The story of Dorian Gray is the story of a society figure, a young man whose portrait is painted by artist Basil Hallward, a man obsessed with his subject. Hallward sees his subject as an inspiration for a new mode of art. Gray then meets Lord Henry Wotton, a friend of the artist, and becomes enthralled with Wotton’s hedonistic life view, setting the stage of a quest for eternal youth and beauty.

As Dorian cries out his desire to be perennially young, his wish is granted and his life spirals into a whorl of debauchery, self-indulgence and a pursuit of all things youthful.

It is the portrait that ages, becoming scarred with each of Dorian’s depraved acts. Hidden in the recesses of the attic, the portrait ages, is savaged to its very soul with every sin committed.

Having struck a deal with some unknown devil, Gray begins his pursuit of the sensual, he degrades a woman he might have loved and drives her to suicide, then in a fit of rage kills the artist who painting his aging portrait. He explores the opiums dens of that era in his descent to the dregs of society.

Looking up from the bottom, Gray believes that his confession and repentance will eliminate his despair, restore his humanity. But as he takes final vengeance his final on the aged portrait, stabbing it through and through, he kills his very soul. 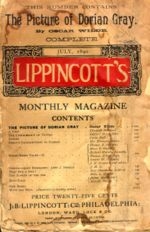 Though both book and play only hints at Dorian’s sins, Dorian has been compared to Adonis, a figure of great beauty. Dorian seems most in love with himself, with his own bartered beauty.

The Dorian character has been reprised in plays, television and films.

Considered a prime example of gothic horror fiction, The Picture of Dorian Gray deals with the decadence and the taboo subject of homosexuality even as it is considered a classic in western literature.