The Sierra Club will hold an organizational meeting in Clarksville on Monday, October 29, 2007 6-8 PM at the Clarksville Montgomery County Public Library.

The meeting will also feature a screening of the award winning documentary film, The Future of Food, presented by Katherine Pendleton, the Tennessee Sierra Club Chapter Chair.

This event is free and open to the public. The Clarksville Montgomery County Public Library is located at 350 Pageant Lane in Clarksville, Tennessee.

About The Future of Food 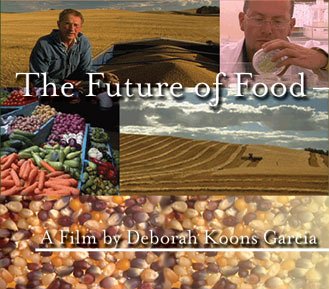 A revolution is happening in the farm fields and on the dinner tables of America — a revolution that is transforming the very nature of the food we eat.

THE FUTURE OF FOOD offers an in-depth investigation into the disturbing truth behind the unlabeled, patented, genetically engineered foods that have quietly filled U.S. grocery store shelves for the past decade.

From the prairies of Saskatchewan, Canada to the fields of Oaxaca, Mexico, this film gives a voice to farmers whose lives and livelihoods have been negatively impacted by this new technology. The health implications, government policies and push towards globalization are all part of the reason why many people are alarmed by the introduction of genetically altered crops into our food supply.

Shot on location in the U.S., Canada and Mexico, THE FUTURE OF FOOD examines the complex web of market and political forces that are changing what we eat as huge multinational corporations seek to control the world’s food system. The film also explores alternatives to large-scale industrial agriculture, placing organic and sustainable agriculture as real solutions to the farm crisis today.

Why Join the Sierra Club?

Because they need you!

Your voice will be added to those of more than 1.3 million of your fellow Americans who are committed to leave our children a living legacy — clean air, clean water, and natural grandeur. The Sierra Club has been instrumental in preserving wilderness, wildlife and nature’s most splendid wild places for over 100 years — Yosemite National Park, Grand Canyon National Park, the Florida Everglades and the Sequoia National Monument to name just a few — helping protect over 150 million acres of wilderness and wildlife habitat.

For additional information, contact Amanda Whitley via email, or via telephone at 931-553-4264

*Some information in this announcement is from the Sierra Club home page at http://www.sierraclub.org/