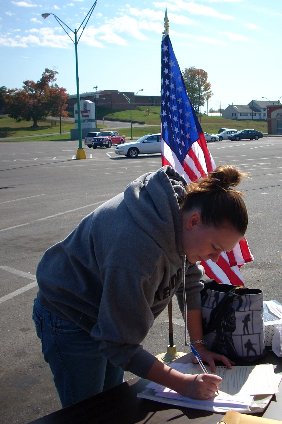 The Montgomery County Democratic Party held a public information and voter registration rally at Veteran Plaza on Pageant Lane today as part of the statewide Walk the State Blue initiative.

MCDP Chairman Gene Lewis said the Democrats across the county were launching individualized action aimed at promoting the Democratic Party and “showing what we can do as a party for the people.” The MCDP was publicizing key issues on the Democratic agenda and registering voters for the Presidential Preference Primary Election on February 5, and the ensuing 2008 presidential election. (Pictured left, Tiffany Myers registers to vote.)

“Every county in the state has something different going on, going door-to-door with information, working for a candidate…” Lewis said. Locally,” we decided to do voter registration.”

The MCDP meets on the fourth Tuesday of each month at 7 p.m. at the Smith-Trahern Mansion in downtown Clarksville. 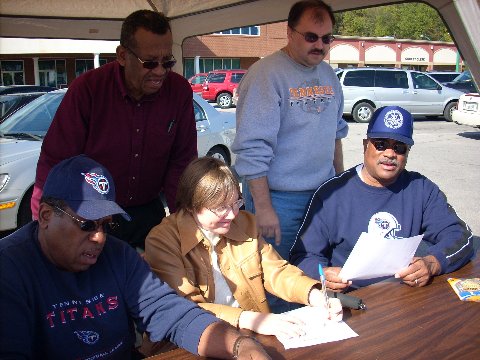