For weeks I’ve skirted past the appeal of the poster for The Fountain. “When I have a bit more time,” I told myself. What was I waiting for?

When I finally curled up in my handmade quilt, my new kitten cuddled in the crook of my knees, I found myself lulled by this film’s golden haze of artistic design, an often ethereal visual landscape sliding me, pulling me into each of the three worlds unfolding before me. The Fountain caught me, kept me, and set me up for encore viewings.

Hugh Jackman brings both a grit and a tenderness to the characters he plays. Yes, characters. Tomas, the Conquistador searching for the Mayan Tree of Life, Thomas, medical researcher with a dying wife, and Thomas 2, a metaphysical incarnation or dream traveling to a nebula in golden bubble with the dying Tree of Life. 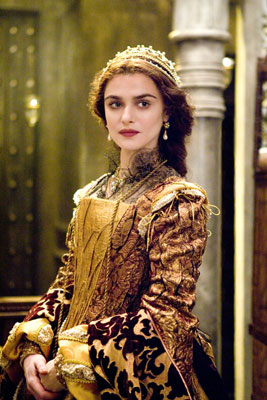 His counterpart is Rachel Weisz (The Constant Gardener) as Queen Isabela, as the wife Izzi, and the Izzi of the futuristic golden bubble/dreamscape. Her beautiful face and the power and sadness that emanate from her eyes hold us with magnetic force, and does the illuminated expression of her too few moments of joy. An elegant Ellen Burnstyn (Resurrection) makes a stunning appearance in the supporting role of Dr. Guzetti.

Darren Aronofsky (Pi and Requiem for a Dream) entertwines the legendary Xibalba, a Mayan afterlife, with a blend of superstition, science fiction and outright fantasy, weaving them into a tapestry of light, color and sound so exquisite that one’s feelings on life and its aftermath fade to irrevelevance. We simply co-exist with the softly hue’d imagery and let it surround us. In fact, most sequences past, present and future are illuminated with golden light, with snippets of candlelight, with gentle ambient lighting, adding to the film’s dreamlike state. 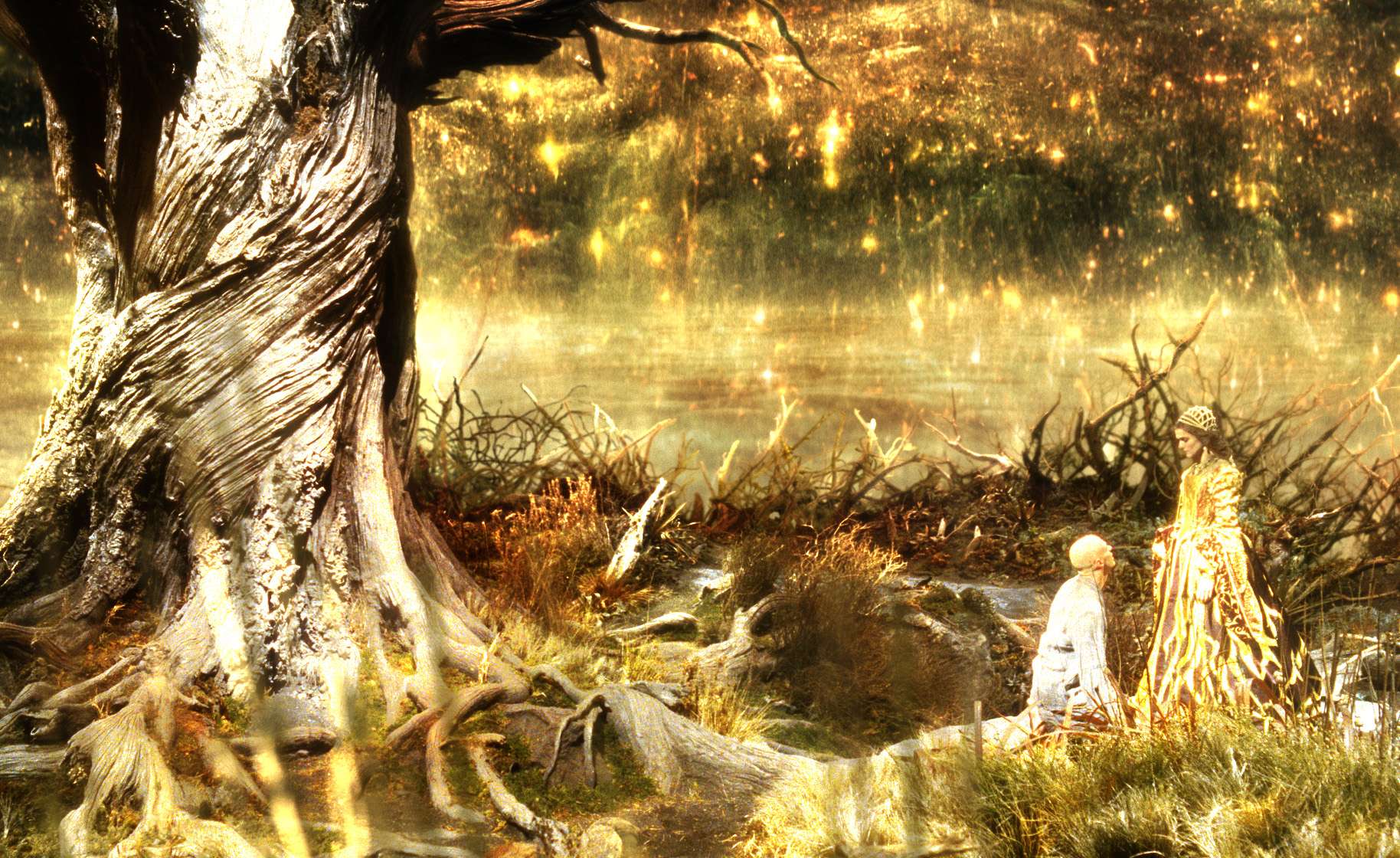 This Tree of Life is encased in a galaxy-traveling, time-warping golden globe on its way to a nebula, a dying star.Shards of reality exist in the present, in the life or death research for a cure for cancer, a dark, shadowed facility with hard edges and a protagonist haggard and angered by his inability to save the one person he really loves. That reality is blurred with the imaginative quest for the Fountain of Youth undertaken by Tomas for his queen. Finding the source of immortality is not what is seems. 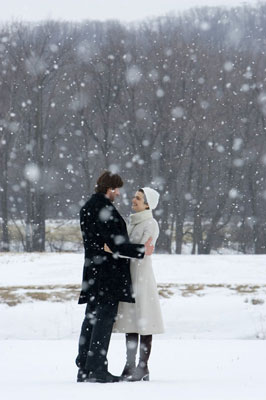 The dying Izzi, clad in the stark sickbed white of hospitals and innocence, scribes all but the last chapter of a book in pen and ink with a lush handwriting and challenges Thomas to complete the work after her death, to fill it with whatever his spirit leads him to conclude. That conclusion comes with visual references to Buddhism and seems to cull possibilities from multiple sources, laying them at the feet of the viewer.

Clint Mansell’s award-winning score is haunting, the cinematography by Matthew Libatique and the visual effects by Dan Shrecker [award-winning for both] is an artist’s dreamscape.

As usual, I am a minority voice of praise among a horde of critics who have shouted their collective opinions that the film is “awe as in awful” [Philip French, The Observer] and other such comments. I’m often in this position, in part because I do not buy into the elements of loud noise, grating music, nonstop action, graphic violence or bathroom humor that characterize too many modern films. I like films that are visually interesting, that prod our imagination, that takes us to new vistas.

In the vein of 2001: A Space Odyssey, which prompted endless debate of its spiritual layers and mysterious monolith, The Fountain presents us with a visual landscape that fuels our spiritual and intellectual imagination. Life. Death. What lies beyond life? Is there something after? Do we channel our spirits through multiple incarnations? Where do the lines between reality and dreaming blur? The Fountain offers imagery and ideas, a creative concept that leaves the answers in the eye and mind of the beholder.

The film is not for everyone, and certainly not for those who crave rapid fire action and adventure or creature sci-fi. The story is not for everyone either, but for those so enchanted with wonder, or with an eye for artistic imagery, it’s a marvelous view. For the rest of us — a minority, I admit — The Fountain is the kind of film we hope for and rarely find.