Santa visits Christmas on the Cumberland 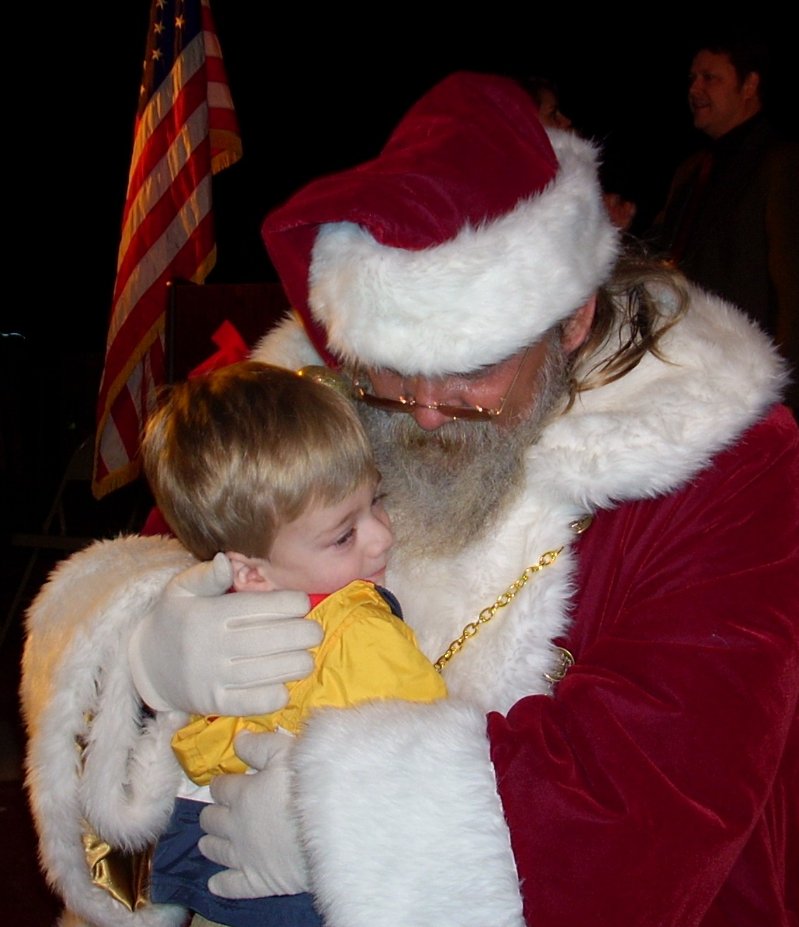 With hundreds of Children shouting “Where’s Santa?,” the man in the red suit arrived in a lavish sleigh decorated right down to tree and a striking array of colorful wooden Nutcrackers, accompanied by Mrs. Claus, for an evening of festivities that marked the start of Christmas on the Cumberland.

In the company of a very congenial great green Grinch and Mayor John Piper, Santa pushed the plunger that burst the Riverwalk and McGregor Park into a splash of golden lights. 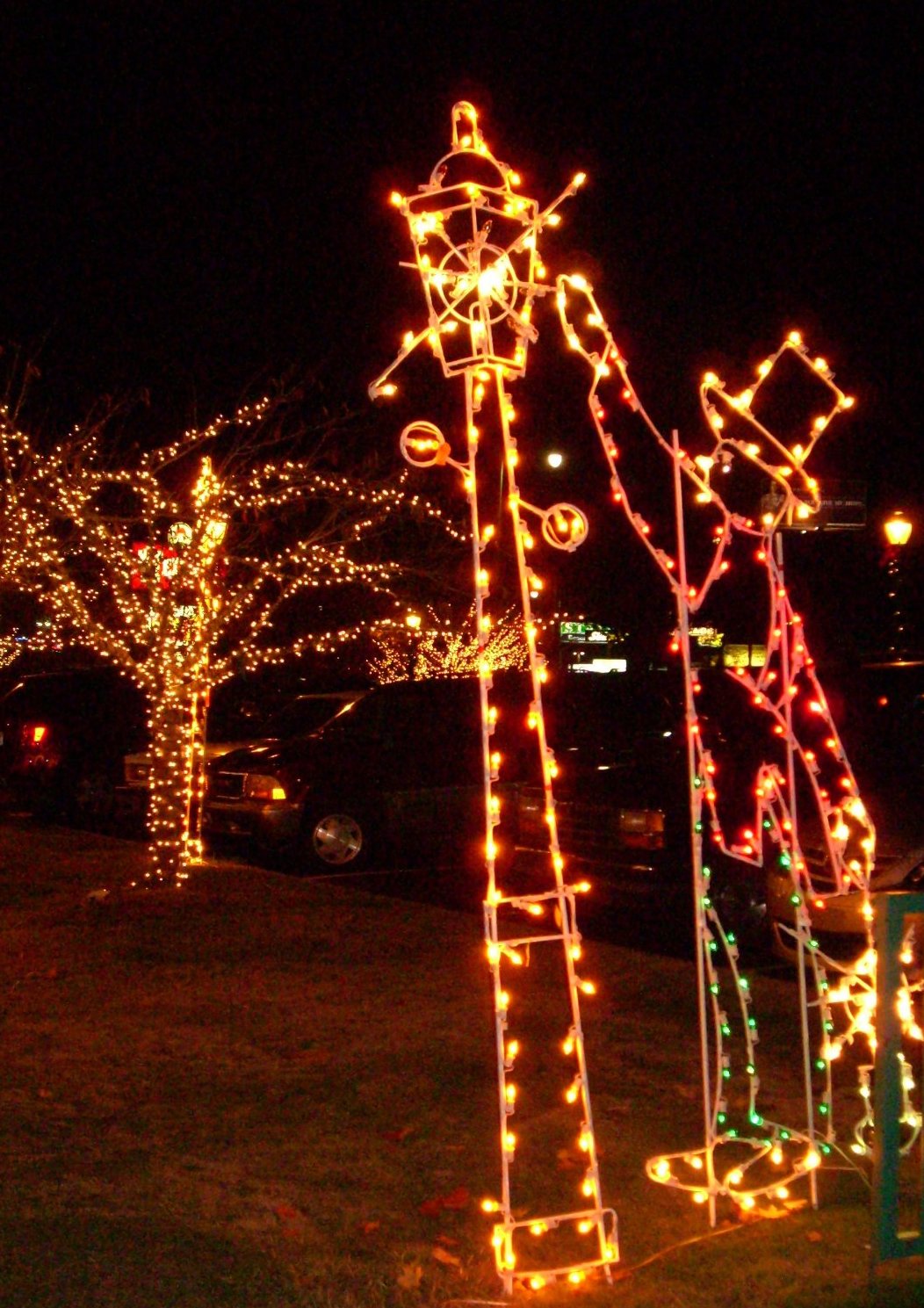 For the past month, Parks Department workers have been installing over one million lights over tress along the waterfront and across the downtown area. Colorful illuminated holiday vignettes and animations dot the landscape and are reflected in the dark night waters of the Cumberland River.

In a burst of unseasonably warm “shirtsleeve” weather, thousands of people flocked to Riverfront for music by the Beagles, the arrival of Santa, and the expanded light show, which will be open daily (in all but the most inclement weather) through January 1. Mayor commented on the warm air, noting that last year the event was launched in below-freezing temperatures. 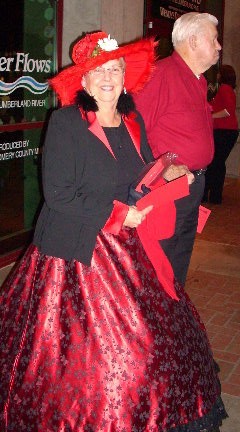 The band The Beagles provided toe-tapping music from 6-6:30 p.m., including a selection of Christmas carols, a sing-along for children, a hauntingly sentimental rendition of Silent Night, and a rousing “Rocky Top” to close their portion of the program.

Frances Sykes, accompanied by James Castleberry, donned a Southern Belle holiday gown for the task of handing out programs

Once the ceremonies were over, dozens of youngsters surged down the hillside to get near Santa and whisper their Christmas wishes, or catch a moment with the Grinch of Dr. Seuss fame.

While hot chocolate was being served, it was almost too warm for that beverage, though cooler temperatures are on the way for Thanksgiving. Hundreds of people worked their way through the full length of the decorated walkway for a first look at this seasons displays. There is no charge to visit Christmas on the Cumberland. The site will be open Sunday through Thursday from 5-10 p.m. and Fridays and Saturdays from 5-11 p.m. through New Years Day.

More Christmas on the Cumberland Photos 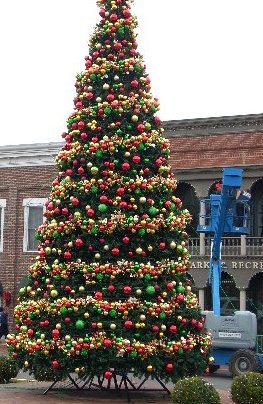 Making last minute adjustments to the down Christmas Tree 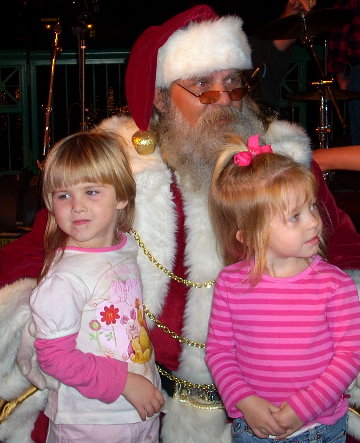 Santa visits with two of his biggest fans 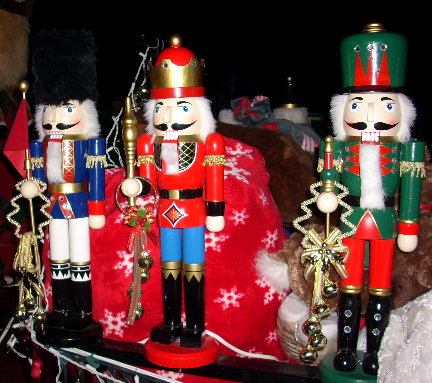 Three of the striking Nutcrackers on Santa’s Sleigh 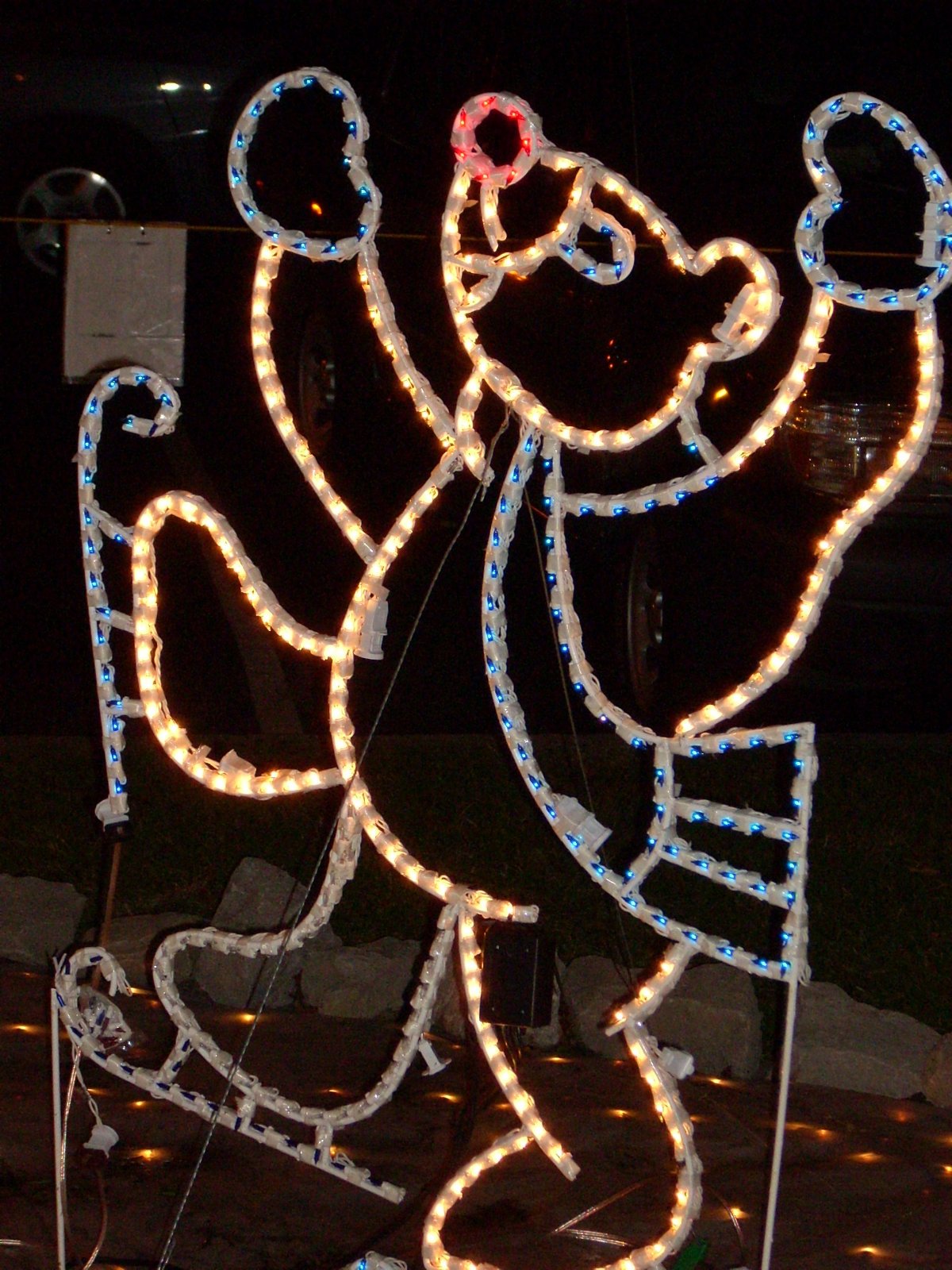 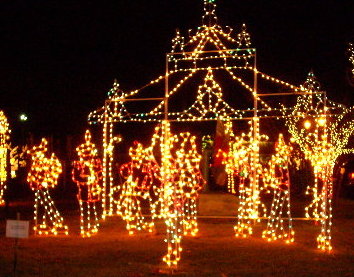 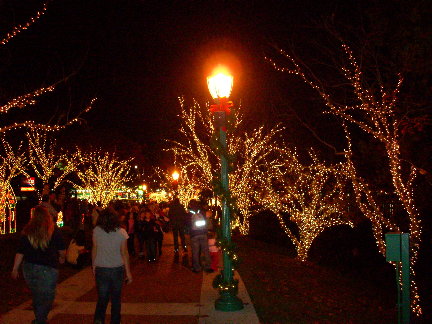 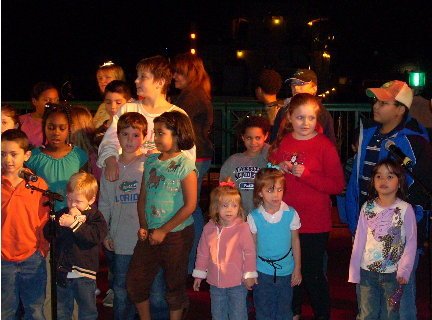