A common New Year’s resolution many of us make is to lose weight, to get more active and healthy. Tennessee Trails – Clarksville, begins their New Year with a two-part tradition they’ve had for around seven years: 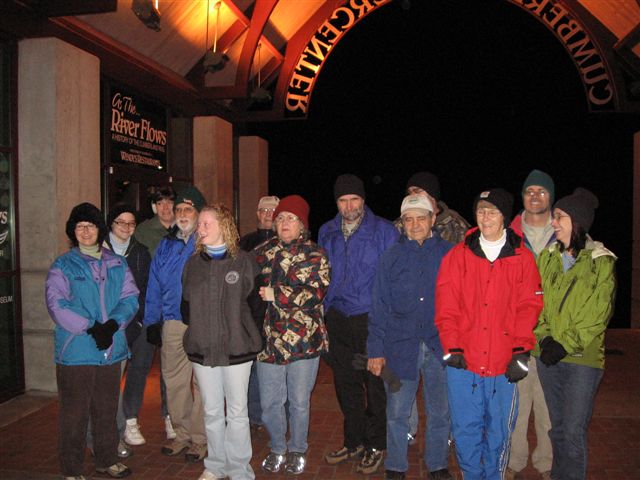 The group pictured above joined others in walking walked three to four miles of downtown Clarksville, starting at McGregor Park, using the walking bridge that crosses Riverside and the other sidewalk “trails” created for downtown. They walked up Dog Hill, admiring some of its historic houses, then over to Public Square with its eternal flame and memorial to the soldiers.

They paused to peek in the shop windows along Franklin, then trailed down to Riverside on 2nd Street, over Riverside and across the walking bridge before ending back at the park. A walk in frigid cold, led by fast walker Suva Bastin, left all feeling exhilarated at the end.

When the trail ended at 11 p.m., leaders Suva (front red) and Jack Bastin (front blue, white hat) invited all to their house for treats.

The following morning, New Years Day, Suva and Jack met with 16 people at Montgomery Bell Park for an eight mile hike. By lunchtime they had stopped by a small lake where experienced trail members brought out their picnic blankets and baby cooking stoves. Served to all was a meal of hot black eye peas, cornbread, hot mashed potatoes and desserts like fruit cobbler. Lemonade and hot chocolate, enough for everyone, appeared out of someone’s backpack. No trash was left behind.

Friends of Dunbar Cave President David Boen has done the late night hike three times, and eight-mile hike twice. He said of the leaders: “Jack and Suva’s love for hiking and the outdoors has been an inspiration to me ever since I met them.” 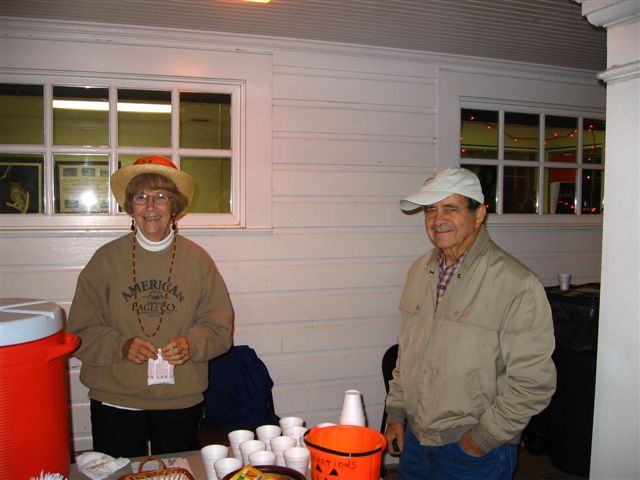 Besides Tennessee Trails, Jack and Suva Bastin are also very active members of Friends of Dunbar Cave and the Audubon society. Jack is a member of a wood turning club and he often does demonstrations at fairs. Tennessee Trail enthusiasts include people like local hero, J. R. Tate, who has hiked the Appalachian Trail several times.

You don’t have to be an expert to join in these walks. To warm up to this healthy active group who really appreciate the beauty of Tennessee check out their web site at http://www.tennesseetrails.org/ and hike towards health.