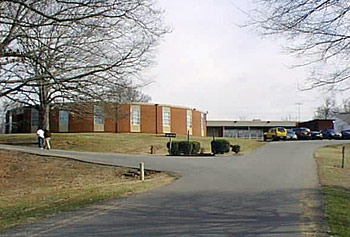 [Nashville TN] A black human rights organization in Nashville has asked the U.S. Department of Justice to conduct a criminal investigation and initiate civil litigation against a Middle Tennessee juvenile prison where two teens have been choked to death since 2005.

The organization, Power to the People, in a complaint to the special litigation section of the DOJ, charges that children detained at the Chad Youth Enhancement Center are subjected to “horrid” conditions and “cruel mistreatment.” Located in Ashland City, the juvenile prison houses about 90 troubled youth between the ages of 7 and 17, a large number of whom are black.

Universal Health Care of King-of-Prussia, PA, owns and operates the Chad facility and Hermitage Hall in Nashville for 100 mentally disabled youth. Both facilities are licensed by the state of Tennessee, but youth from the state have not been sent to either of the juvenile prisons since the deaths at Chad.

The Chad Youth Enhancement Center and Hermitage Hall have been the subjects of recent exposes written by Nashville Scene reporter Elizabeth Ulrich in articles published Nov. 8 and Dec.13 of last year.

According to Ulrich, a counselor at Hermitage Hall used excessive force against a boy in 2006. Staff pulled the counselor off the boy before the child was injured. The counselor was later fired, but he was not prosecuted for battery, nor was Hermitage Hall punished or fined by state regulators.

In its complaint against Chad, Power to the People maintains that Linda Harris, a 14-year-old black girl from New York, was brutally beaten and choked to death in 2005 by counselors within a week of her arrival at the facility. A similar case occurred in 2007, according to Power to the People, in the fatal choking of Omega Leach III, a 16-year-old boy from Philadelphia, who died after he was attacked by counselors within a month of his arrival at Chad.

Among the allegations listed in Power to the People’s complaint against the Chad Youth Enhancement Center are:

Power to the People has asked the Justice Department to:

These complaints against mistreatment of juveniles at detention facilities were discussed at a community forum on the mass criminalization of black youth sponsored by Power to the People on Jan. 19 in Nashville.

Note: The Nashville Scene articles about Hermitage Hall and the Chad Youth Enhancement Center may be found on the Internet at:

Editor’s Note: During a phone conversation, Handle With Care stated that they do not demonstrate choke-holds except to show how to respond to them. They also emphatically state there is no such thing as a “Handle With Care choke-hold restraint method”

This article was redistributed by Terry McMoore of the Urban Resource Center.