Editor’s Note: Even as Ms. Boen was preparing this article, the issue of soldier suicide exploded on the news front again with these statistics: 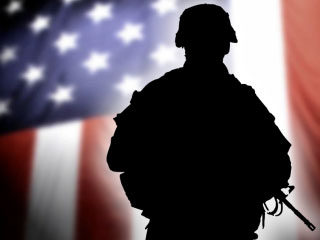 Last fall, there was an article in the Leaf Chronicle [10.12.07] titled, Fort Campbell General stresses suicide prevention. It reported that with nine suicides for the year, and 16 deaths pending investigation, and with three suicides in the last two weeks, the general said:

“This is unacceptable and it must stop. I want everyone associated with Fort Campbell to take pause, and to focus on what we can do as a community to reverse this trend.”

According to the Fort Campbell Courier, [12.20.07 vol. 43, no. 51], Maj. Gen. Jeffrey Schloesser, Commanding General at Fort Campbell, made suicide prevention his priority since he took command in 2006. He expanded the “buddy care” program, which has soldiers watching out for each other, to “unit watch,” a program used by commanders when a soldier has suicidal thoughts. Now he is training families to recognize signs through “Building Family Resiliency” programs. He was quoted as saying:

An army wife spoke out about these articles and about what was going on at the base because of the suicide scares. This is her view, in her words:

I only became aware of these “programs” when there was apparently an increase in suicides in the November/December time frame.

At first I thought they had to be kidding.

The approach seemed to be such a knee jerk reaction and was basically like a lockdown. It seemed to be good for command but not for soldiers or families. It was said by a few soldiers that it had even been discussed to simply move all the soldiers on post until they left for deployment. A 75 mile radius without approved leave was instated.

My husband suddenly had to do two formations a day — am and pm. If his commander was not present they had to wait for the commander to show up — so sometimes they’d be waiting around for hours.

So during that last month together we felt the grip tighten and it was very uncomfortable in terms of having reasonable last weeks as a family. Deployment is hard enough without adding this type of stress. It was highly dysfunctional. There was nothing official given to the family. To my knowledge we were not addressed at all.

I remember thinking how reactionary this was, and how anyone with any sense at all in a management or leadership level should consult with psychiatric professionals on the matter. I do not believe this ever happened.

The reaction was so harsh to all of the soldiers and their families that it is a miracle it didn’t cause further damage in suicide rates. It certainly heightened the stress levels. It was so obvious a cover-yourself-paper-trail reaction. It felt like the command was incensed that these soldiers would do this (suicide) on their watch.

I never saw any concern as to the WHY or the CAUSE of this increase. It is no secret that this command has been less than supportive of its people. When I did a scant amount of research and found further documentation that this leadership places full responsibility for soldiers not being able to cope with deployment stress squarely on the shoulders of those soldiers, I was furious and disgusted. 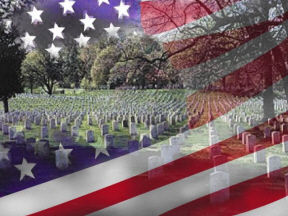 So the fact that this type of stress and reaction is placed solely at the soldier’s feet is absolutely wrong. I also find absolute absurdity and irony in the idea of “battle buddy” as prevention to suicide — especially if the soldier is to take responsibility for himself and his own actions. People who are at the level of being suicidal aren’t going to call some randomly assigned “buddy” to help them through it. Besides, they hand these soldiers weapons and these soldiers handle multi-million dollar equipment, but they need to be assigned a battle buddy to prevent them from killing themselves? I would certainly love to see the psychiatric basis for any of these decisions as well as the considered psychological impact on the family.

Do I feel like this command gave a damn about these soldiers or their families? Not at all. I think this command was concerned with the professional and political impact this (suicide rates) would have on their individual career. Is that a strong opinion-you bet it is!

What really amazes me is that this problem was bad enough to put these high level restrictions on our lives but not one single news outlet picked this up. The media should be ashamed if they knew and said nothing. I’ve heard rumors that this has been one of the worst years at Fort Campbell ever and that it’s possibly the worst rate Army wide.

But who’s to tell-none of the numbers are being released-just those of us going on with our daily lives being basically punished because some commander is furious that soldiers are so depressed that they have felt it necessary to resort to suicide.

My husband told me the way they assess risk is with a standard question matrix that they all had to submit to. A spreadsheet isn’t going to tell you accurately who is truly at risk. What is overwhelming emotionally to one person may be not a big deal to another. If “this must stop!” then why not bring in professionals? They have the access to them but they are too concerned with their career to do the right thing. It’s easier to blame the victim.

Someone once said “The first sure sign of lack of control is over-control.” How is it no one seemed to notice something was so desperately wrong over at Fort Campbell and so obviously out of control? Where are our representatives and our senators? Where are the reporters? Why did no one seem to notice this thing?

Polly Coe, a Clarksville-based mental health therapist working with troops, said she has heard such comments,concerns and frustrations many times over. Coe writes:

I have heard comments just like the ones of the soldier’s wife quoted many times over, and I quite agree with her. The buddy approach is a farce. Understandably, the Army tends to suspect suicidal ideation as a means to get out of deployment. However, it is ignoring the clear fact that suicides are increasing and is not looking at why.

Between the second and recent third deployments, many soldiers I saw did not want to go on the next deployment. Primarily, they did not want to be gone from their families that long – e.g.:15 months. But even some of the Special Forces guys, who have shorter but more frequent rotations, have also expressed frustration at the inability to have a decent family life.

I have not worked with any suicidal soldiers. However, a couple seriously discussed harming themselves to avoid deployment. Relatively few of the enlisted soldiers and NOC’s whom I saw “believe in” these wars, although officers tend to buy into the wars more. Many of the enlisted soldiers do not seem to think that they are fighting for freedom or against the terrorists. They feel that their efforts are wasted, that they are risking their lives to do missions that will be undone the minute they turn their backs or go to the next town.

The soldiers with families are also aware of the impact their absence has on their families. Starting last summer, before the third deployments, I started seeing a lot of boys, age 10-14, sons of soldiers, who confided in me that they feared that Dad wouldn’t survive the third deployment, that he will finally be killed. I couldn’t promise them that their dad would make it, so this was heart breaking work as a therapist.

I would love an honest survey of the military who have to fight in Iraq and Afghanistan – how many believe that they are making a difference, improving the lives of the locals, saving the U.S. from terrorists? How many would volunteer to go? Perhaps the reason for the increased suicidality is the increasing disillusionment of the soldiers with the war.

Coe has frequently spoken out about the impact the war and multiple extended deployments has had on soldiers and their families across the country.

Debbie Boen
Debbie and her family moved to Clarksville slightly after the tornado of 1999. Debbie founded the group, Clarksville Freethinkers for Peace and Civil Liberties, in 2004. She participated in Gathering to Save Our Democracy, a group dedicated to obtaining free and verifiable elections in Tennessee. She has supported groups including the NAACP, Nashville Peace Coalition, PFLAG, Friends of Dunbar Cave and the Mountain Top Removal Series of Films and speakers. She participated as an artist in the ARTZ gallery group in Clarksville and won Best of Show, First and 2 Second Place awards for four of her sculptures. She won a voter's choice award for a performance at the Roxy Regional Theatre. She is a wife, mother and cancer survivor. She is always amazed at the capabilities of the human spirit, and the wisdom to find humor when there is none.
RELATED ARTICLES
Opinion