This month the Senate is considering the Indian Health Care Improvement Reauthorization Bill, SB 1200. This bill, which is designed to address the health care needs of some two million residents of the United States who can claim American Indian ancestry, is an important step toward honoring the obligations that we as Americans have toward the health and welfare of Native Americans. This bill will make up-to-date amendments to the health care available to 1.9 million rural and urban indigenous people in the United States, and will restore honor to the federal government’s trust and obligation to native tribes.

Congress passed the Indian Health Care Improvement Act in 1976 to address health disparities between Native Americans and the rest of the populace. Since 1992, when the act was last reauthorized, the U.S. health care delivery system has been revolutionized, while the Indian health care system has not.

This bill lays the foundation for program change, including shifts from acute care to prevention and the provision of mental health services for children. It addresses health crises such as diabetes, youth suicide, and drug addiction that have escalated among native peoples in the past 15 years. It facilitates greater input to program operation from the local tribal level and enhances recruitment and retention of health professionals in facilities serving native populations. 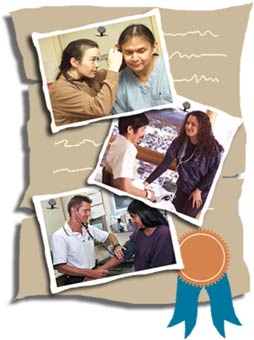 The IHCIA is considered to be the cornerstone legal authority for the provision of health care to American Indians and Alaska Natives. This authority builds upon the Snyder Act of 1921, which is the basic and first legislative authority for Congress to appropriate funds specifically for health care provided by the IHS. The IHCIA of 1976 was enacted into law based upon findings that the health status of Indians ranked far below that of the general population. The Act declared that it was this Nation’s policy to elevate the health status of the Indian population to a level at parity with the general U.S. population. Since its first passage in 1976, the Act has been reauthorized four times.

During late 1998 and 1999, the IHS actively consulted with Indian country on amendments to the existing Act to provide tribal and urban Indian health programs with the programmatic and administrative capabilities to provide high quality health care to their constituents. A National Steering Committee (NSC) on the reauthorization of the IHCIA was established in the summer of 1999 to review the recommendations received during the consultation process, to reconcile differences in the recommendations from the various areas of Indian country, and then to complete a legislative draft that reflected the final recommendations. In October of 1999, the NSC forwarded their legislative proposal to the leadership of the Executive and Legislative Branches, as well as to tribal governments and urban Indian health programs. The House Committee on Resources and the Senate Committee on Indian Affairs both introduced legislation almost identical to the NSC draft. Both chambers have held hearings on the reauthorization proposals since 2000 and both reported the reauthorization bills out of committee on September 22, 2004. During the second session of the 108th Congress, the IHS and the Department worked with the congressional committees to resolve areas of concern with the pending legislative proposals. Time ran out before a bill could be finalized that would address the Department’s concerns. A reauthorization proposal, S. 1057, was reintroduced in the Senate in the 109th Congress and was favorably reported with amendments by the Senate Committee on Indian Affairs on October 27, 2005. The IHS and Department have been working with the Senate committee staff in order to ascertain the impact of the bill and to develop an Administration position on the proposal.

For referral to the appropriate spokesperson, contact the IHS Public Affairs Staff at 301-443-3593.