Rep Lundberg fights for passage of “Pass the Bottle” proposal 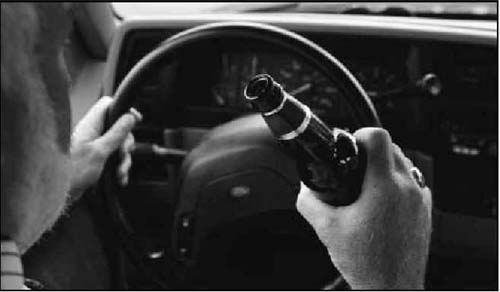 NASHVILLE – Representative Jon Lundberg (R-Bristol) will once again appear before a House subcommittee to fight for passage of the “Pass the Bottle” legislation, which would ban open containers in vehicles. Currently, no driver may consume an alcoholic beverage or possess an open container of such while operating a motor vehicle, but passengers may consume alcohol. Lundberg says this policy invites drivers to drink as long as there is a passenger to which they can “pass the bottle.”

Two people will be testifying before the committee on Lundberg’s behalf. Laura Dial, Executive Director of the Tennessee Chapter of MADD, and Lt. David Corman of the Traffic Section of the Metro Nashville-Davidson County Police Department will be on hand to discuss the legislation’s many benefits.

The bill experienced some resistance in subcommittee last week, when members expressed concern over the ability of sober drivers to take friends home who are drinking, and also regarding sporting events, such as University of Tennessee football games.

Lundberg responded that he was from East Tennessee and understood the concerns, but that safety had to come first. “The bottom line is that this state must reform our drunk driving laws. There must be consequences for irresponsible actions—actions that kill and that put other law abiding citizens in grave danger,” he added.

“Our national highway experts have rightfully pointed out the flaws in our DUI laws. We fall short of half of their recommendations. That is unacceptable. We will work hard to make sure our roads are safer than this,” concluded Rep. Lundberg.

Tennessee Republicanshttp://
The House GOP Review is written by Kara Watkins the press secetary for the House Republican caucus. Kara was an administrative assistant for Marsha Blackburn for Congress, and she also has worked for the National Republican Senatorial Committee.
RELATED ARTICLES
News