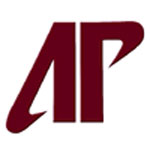 Four Austin Peay State University students were among 24 Tennessee college students who interned in Washington, D.C., during the Spring 2008 semester.

The internships were offered through The Washington Center for Internships and Academic Seminars. Anthony Haddock worked in the U.S. Department of the Treasury. Jessica Lance interned for Freedom’s Watch. Frankie DeJesus was an intern for U.S. Rep. Leonard Boswell (D-Iowa), and Diana Darks worked for U.S. Rep. Tammy Baldwin (D-Wis.).

Tennessee, along with 17 other states, participated in The Washington Center’s State Initiative program. A total of nearly $3 million was appropriated from 18 states.

The Washington Center is a nonprofit, nonpartisan educational organization in Washington, D.C. Students who have participated in the program have interned at places such as the National Endowment for the Arts, Kennedy Center for the Performing Arts, Securities and Exchange Commission, USA Today, National Press Club, National Geographic, U.S. Senate and the Points of Light Foundation.

For more information, contact Dr. David Kanervo, chair and professor of political science, by telephone at (931) 221-7581 or by e-mail at .