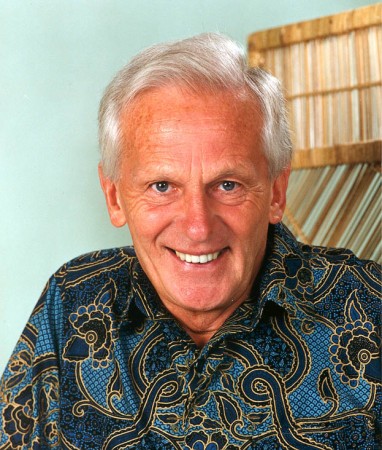 In the 1970s, this person was idolized for his disobedience and what can be called “illegal activities.” He flagrantly disrgarded laws of given countries to further his purpose and for his mission. His role model was the Rev. Martin Luther King Jr., who also violated unjust laws and confronted prejudice with civil disobedience. The prophet was Brother Andrew.

Brother Andrew was identified as “God’s Smuggler” in the 70s, and his objective was the distribution of the Bible to communist countries, an unpopular move with officials in these sanctuaries of atheism.

Brother Andrew dropped out of the media limelight for years, but his efforts today are receiving renewed attention. He is a Dutch-born evangelist with a spirit-directed mission now concentrated on the Muslims of the Middle East and the broader Islamics of the world. Islam is now his mission.

Brother Andrew enjoys unique relationships with the Muslim leaders of Hamas, the Taliban and the Palestine Liberation Organization (PLO). In summarizing his political correctiveness, one writer said “In the course of his work Brother Andrew befriended the founder of Hamas. This relationship subjected him to criticism and ridicule by political and church leaders of the world. he is unconditionally open to dialogue with Muslim leaders.”

Brother Andrew shares the faith and conscientiously strives to view Muslims simply as people. he is the organizer and supporter of a hospital, recruits doctors and nurses, and solicits medical equipment for a medical center at the heart of the Muslim world.

The response to his socially oriented ministry is mixed and critical. In evaluating his work and reading accounts of his contributions, he says “some Israeli friends hate me now.” 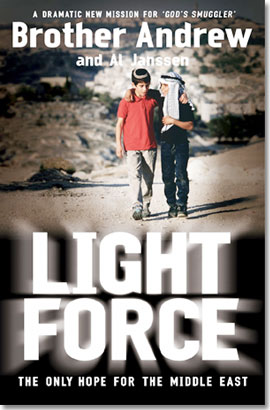 Is this prophet pro-Israel or Pro-Arab? Brother Andrew view that choice as a trap. He again gives us insight into how we can personally respond to what seems an unsolvable conflict between cultures. I appreciate his balancing act, which deserves emulating. Brother Andrew said “…just because I am for the Palestinians doesn’t mean I am against Israel — it is not about taking sides.”

In the American appreciation of Christianity and politics, there is a seemingly eternal need to have an enemy. With the interjection of the communist empire, America has held firs place on the enemies list to Islam. Brother Andrew is aware that many Christians and non-Christians in the West see Islam as “the great enemy.”

“This demonization of Muslims and Islams is particularly common among evangelized Christians.” writes Dr. Chapman. Brother Andrew’s strong faith and enthusiasm for the gospel continues to open doors to Islam. But why is he so accepted by members of that faith?

I believe the answer is in part because he respects their life and theology; he honors Jesus with his life and work; he is compassionate and non-threatening; he is admired for his honesty; he willingly criticizes the injustice in both Western and Islamic culture and politics.

Welcome back, brother Andrew. You are a role model in your quest to change the world. ‘ While meditating on this narrative, it is my goal to inspire at least a few readers to review, reexamine, and even reform their personal views and attitudes toward people of other faiths.

Brother Andrew’s commitment to dialogue and respect with Islam is in keeping with the latest thinking of a chorus of Israeli officials, academies and dissenting faiths in Arab-Israeli conflict.

Brother Andre’s tireless efforts inspire unconditional negotiations. Such dedication to this change is an option too for our own country and our personal convictions. Brother Andrew’s example is a challenge, but with spiritual strength we can alter our negative and prejudicial thinking toward people of the Islamic faith.

Brother Andrew’s strong faith and enthusiasm for the gospel