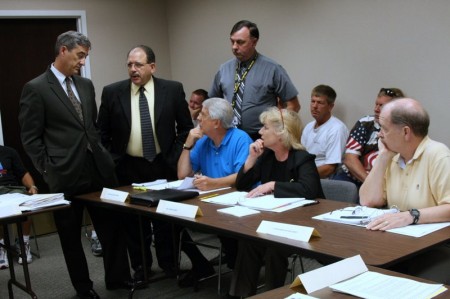 In what became a marathon of persistence, a termination appeal hearing was conducted at the Clarksville Human Resource Department’s meeting room. The hearing was for Clarksville Fire Dept. Engineer Steve Sherlock in his quest to continue his service with the city’s fire department.

For over seven hours, the career of CFD engineer Steve Sherlock’s future with the fire department was up for review. During the tedious ordeal, testimony was given that reflected on past city government policies and practices which affected the ability and practice of city employees doing business with the city.

The debate went back to the early days of Mayor Piper’s first administration and the transition to Don Trotter’s return to the mayor’s office. There was tense debate and objections between the attorneys representing both sides. Political intrigue was even made mention as a motivation for the termination action and pursuit. 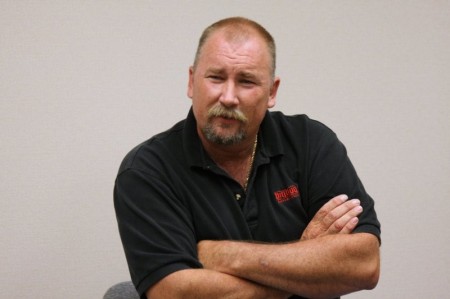 Engineer Steve Sherlock was appealing his termination from the Fire Department over a charge of violating the city’s Ethics Policy by doing business with the city in a window tinting project at the Waste Water Treatment Plant on January 24, this year. Sherlock was represented by Attorney Peter Napolitano and City Attorney Tim Harvey made the city’s case. Chief Roberts was the termination recommendation authority.

The two attorneys were dedicated to their arguments and sought to convince the review panel to rule in their favor. Harvey insisted the panel should only review whether the mandated protocols were followed and thus sustain the termination action. Napolitano argued that the case was more complicated because the charge itself was fallacious and without foundation. He cited points from the city’s own ethics policy, state law and national labor practice laws which directly contradict the actions being attempted against Mr. Sherlock. Thus the stage was set for a day of argument and revelations. 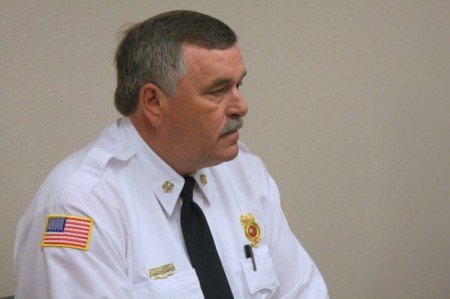 Fire Department Chief Michael Roberts initiated a ethics policy violation investigation after he was informed of the apparent policy violation by the city’s finance office. The crux of the charge is that on January 24, this year, a window tinting project at the Waste Water Treatment Plant project was performed by Sherlock’s company, S&S Auto Glass.

Upon presentation of an invoice for payment, it was determined that although S&S Auto was a certified city vendor, the company was owned by a city employee, that being Steve Sherlock, and thus was ineligible. The invoice was rejected because of this conflict and the project’s billing remains unpaid to date.

Testimony revealed that S & S Auto did not solicit nor perform the window tinting work. That was done by 113 Custom Glass, a separate company owned by Darren Lamont “Boxhead” Smith. Smith and Sherlock have a reciprocal referral relationship between the two businesses. There is no monetary exchange but they do refer work to each other as a courtesy based on friendship. Sherlock referred an initial inquiry from the waster water treatment facility for the tint work to 113 Custom, whose employees actually performed the work. Upon presentation of an invoice for this work, a series of missteps resulted in a perceived ethics policy violation.

However as testimony progressed it became evident that administrative missteps, along with a misguided attempt to assist a business associate, were the true culprits. It was also revealed that a high ranking fire department official has quite possibly violated this same ethics policy by doing business with the city whereby he received financial gain.

Vigorous challenges and arguments between the attorneys kept the proceedings lively and insightful to the casual observer. Eleven witnesses were called in all, coming from the fire department, city finance and purchasing office, waste water treatment facility, S&S Auto Glass and 113 Custom Glass. Discussion and debate over the city’s various ethics and conflict of interest policies and political rhythms of opposing administrations were all called into play during the testimony phase of the hearing.

Following the closing arguments by the attorneys, the panel declared its opinions and the end result was that the termination was not sustained. The hearing’s results will be formalized and submitted to the Mayor’s Office. Mayor Piper will then review the results and can either accept or reject the panel’s decision or impose some other punitive measures.