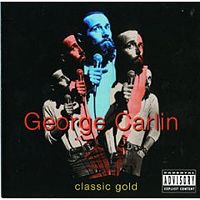 It seems that so many people in the celebrity spotlight of my youth are passing away. Designers, singers, actors, activists, even politicians — they’ve crossed that line that marks the last decades of their lives, and then they are gone.

The often irreverent and always funny George Carlin is the latest name on the list. Carlin died Sunday of heart failure at age 71. From the vantage point of youth, 71 was “old,” distant, beyond comprehension. From the vantage point closer to 60, his 71 years now seems pretty young. I remember Carlin first as “the hippy dippy weatherman” — a tamer version of Carlin in those early days.

In the very early 60s, Carlin’s comedy was tame. Then he fell under the spell of controversial Lenny Bruce, whose ribald and often vulgar comedy inspired and led Carlin in a new groundbreaking direction. Combined with the social unrest of the Vietnam era, Carlin quickly broke new ground using comedy to make his message clear. part of that message was simply to make us think.

Love him or hate him, Carlin was unique, and definitely a product of the sixties, taking his irreverence across the boundaries of propriety to a new comedic landscape with the famous “Seven Words You Can Never Say On Television.” That routine led to his arrest and a landmark indecency case before the U.S. Supreme Court. He also set the stage for new generations of stand-up comedians.

Through comedy, Carlin challenged us to confront issues and ideas, using comedy as a tool to challenge the our beliefs and social structures.

Some his memorable lines and plays on words:

Carlin was a regular performer on the theater circuit in my hometown, where I watched him as as a member of the audience, and later as a critic. A Carlin show was a guaranteed pleaser.

Carlin was to receive the 2008 Mark Twain Prize for American Humor at the Kennedy Center for the Performing Arts in November.

He will be missed.