Kick crime to the curb 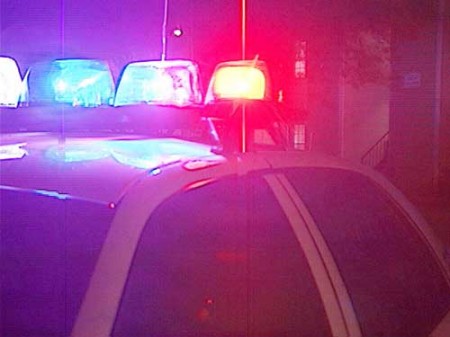 I’ve been looking over the two years’ worth of notes I’ve kept for story ideas, all rooted in what I have observed within the Montgomery County boundaries. From a distance, a temporary vantage point in the northeast, and the rest of the time from the porch of my home in Clarksville, I’ve followed the shootings and killings and robberies in Clarksville, the ones that happen in the dead of night, the ones that happen in broad daylight in a Wal-Mart parking lot, and a string of crimes in between. Crimes of inebriation or addiction, crimes of passion or hate, crimes of despair, crimes of rage, crimes rooted in poverty and need, crimes anchored in greed Am I the only one not surprised?

I feel the strongest sympathy and sadness for the families, the residents involved, the innocent bystanders with lives sometimes forever shattered. But I do believe this escalation in violent crime is a tragedy waiting to happen, one that will repeat itself many more times if the city, the schools, the police and all of us — everyday citizens — don’t become involved in our community, if we fail to stand behind a call to get tough and enforce the laws already on the books, and toughen up the sentencing and cut off the “deals” that spew offenders back onto the streets with minimal sentences and penalties too easily shrugged off.

The problems emerging in Clarksville can be analyzed endlessly, and traced from myriad routes to societal and behavioral links that include a lack of family, parental or positive social role models in the lives of young people, the influence of drugs and alcohol (the crack babies of the early 90s are teens and young adults now), teen pregnancy, poverty, education (or lack of), jobs (and the lack of), fear, self-esteem, and the perception of power that often accompanies bad behavior. It’s a social dynamic generations in the making. We can delve into reasons and rationales and develop intellectual strategies to solve these issues for the future, but that doesn’t change what is happening here and now. 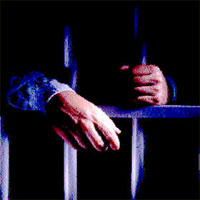 Our schools practice zero tolerance; I’ve seen that work. So why is it so hard to practice zero tolerance in enforcing public safety laws? We have a noise law: so ticket the raucuous booming bouncing noisemakers and put a hefty price tag to those tickets (including the potential loss of registration for multiple infractions). We have speed limits: so track down the speeders and pull the license and registrations of repeat offenders before they crash and kill someone. Three strikes (two too many) and you’re off the road — not another driving class and pat on the wrist. Substantially raise the penalties for DUIs. We have drug laws: so slam the cell door and keep the criminals under lock and key, no commuted sentences, no “time served,” no deals.

Big crimes have little beginnings. They escalate because they can. Defiance, rule-breaking, misdemeanors, chronic disrespect by word or deed, a lack of basic civility, all set a baseline that may seem minimalist or unimportant, but which, if unchecked, becomes a foundation from which other, more serious, maybe fatal actions follow. It’s the “hey, look what I got away with” syndrome that spawns forays into deeper, darker, and eventually deadlier crimes.

If rowdy groups are gathering at certain locations and violence/drunkenness/gangs/drugs seem to be attached to those locations, close them down early, require tough security, park a cruiser in the lot … take action to stop it. Oh yes, the gangs and gatherings will shift and move about the city (and already have), but if the city, residents and police take zero tolerance across the board, step on this arrogant criminal behavior, there will eventually be no place for such gatherings to thrive. At least not in the city limits. Consistency. Enforcement. Zero tolerance.

Some areas of the city, low-income neighborhoods like New Providence and places like Lincoln Homes/Summit heights, some areas of North Clarksville, developments and other “projects,” are easily labeled a catch-all for troubled populations. No one stops to think that these state and/or federal developments also house senior citizens and the disabled, disaster victims, innocent people living on fixed income including Social Security, people whose rights to “quiet enjoyment” of the piece of real estate they call home, are violated when they become prisoners intimidated by their own neighbors/neighborhoods. Don’t these “innocents” have rights? Doesn’t the community as a whole have a right to public safety?

Many of these housing developments come with mandates for behavioral standards and compliance with regulations. They and the rest of the city are also governed by local, state and federal laws as well. If some people (residents or ‘visitors”) repeatedly violate the laws and the regulations (in the case of public housing, tenants must read and sign an acknowledgment as part of their rental agreement and undergo a criminal background check), fine them heavily (money talks) or evict them. Wear out their welcome. Our tax dollars underwrite housing and law enforcement: a good thing for the less fortunate, a bad thing when it provides a birthing place for crime, hate and violence. The onus is not only on law enforcement officers but on all of us who live and work and raise families here. We have a responsibility to report threatening, dangerous and suspicious behavior; that’s what neighborhood watches were created for. But more basic than that, it is what being a good neighbor is all about. 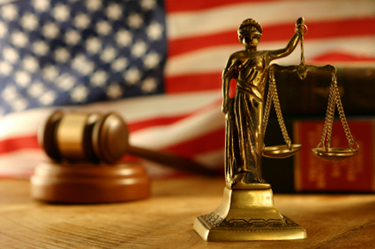 How many complaints/arrests does it take before the rules will be enforced, before public safety laws are upheld? What is the point of writing guidelines or standards if no one is held accountable to them? Violators, public offenders, stay in these areas because they can, because it is so easy: no expectation of good behavior and no consequence for bad behavior. That has to change.

Yes, it will take an investment (read: more police officers = more tax dollars = it’s worth it) and greater community involvement, but for a city on the grow, a city marketing itself first as the “Gateway to the New South” and now as “Tennessee’s Top Spot,” it should be considered an investment in that future, those dreams. Fort Campbell Boulevard is a long stretch of road through one end of the city; what happens there, if unchecked, will continue to grow and spill over into other neighborhoods, other parts of the city. Robberies at mall parking lots may spill over to the Sango neighborhoods. The domino theory is truth. Cause and ripple effect. Will the next shooting be in the Governor’s Square Mall lot? Or at Great Escape? Or maybe the city will get tough when the developers of the next billion dollar box store or upscale development get caught in the crossfire between two gangs or rammed by a speeding SUV or souped-up sports car that ran a red light while passing in the suicide lane? 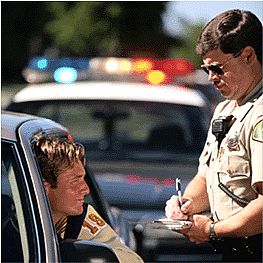 I’m the last person to advocate a “police state,” to advocate “big brother,” but maybe, just maybe, some out-of-control areas, the ones routinely drawing police attention, need a 24-hour police presence, a substation, a community police officer who walks or bikes the beat, a visible and active presence that both bolsters the feeling of safety in a community and works as a deterrent to the bad behavior and the tragedies it spawns. Maybe, just maybe, EVERY car barreling down Fort Campbell Boulevard at 60 mph or more should be stopped. Maybe, just maybe, those mobile bouncing boom boxes (a.k.a cars with arrogant reverberating radios) should be toned down. Maybe, just maybe, it would be a good idea to break up groups of rowdy people especially when loud noise, music and a line of open beer cans litter the roofs of their cars. Now is the time to get tough and make an investment in public safety. Now is the time to raise our expectations, to refuse to settle for lowest common denominator behavior. People will ultimately rise to a certain level of expectation. Or sink to the depths of disinterest and apathy.

When I worked as a house manager for a rooming house managed by a social service agency, major issues of crime, drugs and alcohol abuse, and even domestic violence involving some wild tenants erupted regularly, to the detriment of other peace-seeking tenants. I was told the community police officer (a foot patrol officer) could not make random visits to our building. It was against the law. I circumvented that issue by inviting our local officer to buzz me and ‘visit’ in the tenant’s kitchen area. I made sure I always had an idea to discuss or a question to ask or a plan to put on the table to justify his presence, which was enough to deter illegal activity on the spot. The fact that his visits were random and unpredictable soon drove illegal activities elsewhere most of the time. His constant presence and high profile changed life for those peaceful tenants, especially victims of abuse, who were seriously trying to rebuild their lives. The others left, seeking friendlier arenas for their illegal and disruptive activities. In their absence, and over the course of a few seasons, the neighborhood found new, positive and productive change.

Note: I’m sure some people will take exception to some of what I’ve said in the above article, and that’s good, because it means they are reading, thinking, and hopefully putting ideas on the table. I’m a New England Yankee by birth, and the problems Clarksville faces are no different than the problems faced by all growing/changing cities; how hard and fast the city and its people decide to deal with these burgeoning issues will make all the difference in the world as to what kind of city Clarksville becomes. I have watched decades of decline in similar cities across the northeast and a decade of rebirth in many more. It takes a community, an involved and committed community, to resolve problems such as these and move into the future.