The much anticipated return of a unique face brightens Clarksville’s dining universe. Taste sensations and delights once again beckon the sophisticated diner!

With a hushed whish of the doors, Clarksville regained a unique and genuine jewel of sophisticated dining with the return of the Indian cuisine specialty eatery, Tandoor Indian Restaurant.

“Tandoor,” as frequent diners have come to call this subdued palace of taste delights, is now located at 2868 Wilma Rudolph Boulevard in Hampton Station. New to Tandoor is its Lunch Buffet, offering colorful dishes of Indian cuisine. 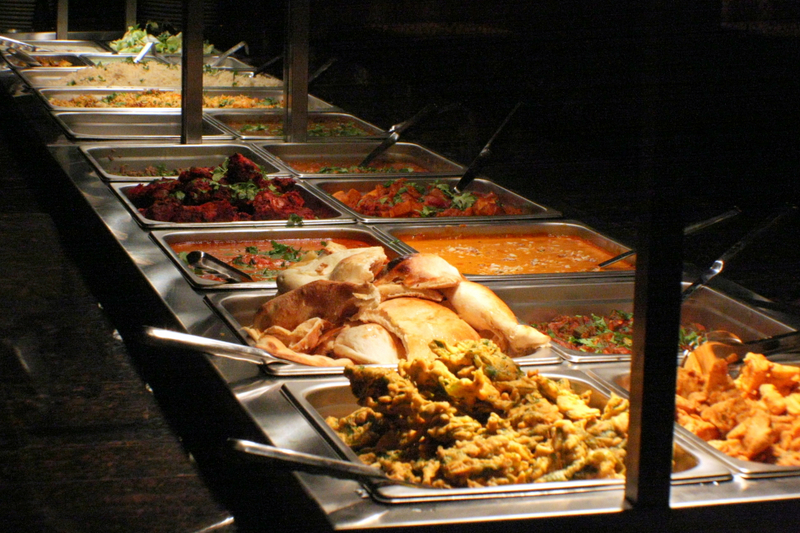 Temptation is the new $6.99 lunch buffet at the “new” Tandoor

In January, 2008, owner Nasir Hakeem, announced his plans to rebuild the popular restaurant, a plan that has now come to fruition with the Grand Opening July 1st of the new Tandoor. Fans of the popular eatery were lining up, waiting for the doors to open. 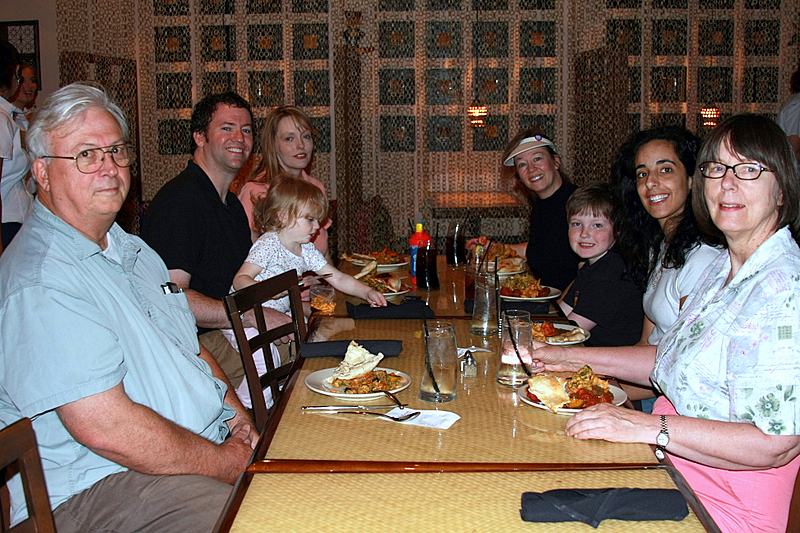 Among the first to walk through the re-opened doors of Tandoor was a couple who had the unique distinction of being in the former location at the time of the fire outbreak last November. Dr. Richard Gildrie, APSU history professor and author, and his wife, Meredith were joined for the inaugural lunch buffet by Zeineb, Nate Wolf, Jerri McPherson, Judy Wolf, Ben Wolf and little Zoe Wolf. 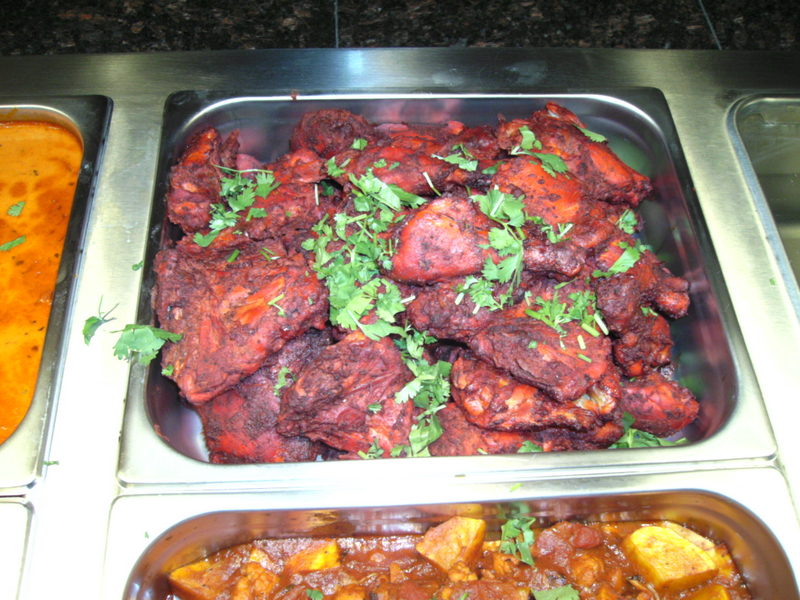 Additional specialties include Chana Masala, a spicy masala chickpeas; Dall Makini, lentils cooked with cream and mild spices in a sauce; Aaloo Mutter, cauliflower florets, potato cubed, green peas, and green chiles in a creamy sauce; Chicken Keema, ground chicken lightly cooked with fresh ginger, garlic, and cilantro; and a Kheer dessert, a creamy rice pudding made with rice milk, raisins, sliced dates and almond slivers, topped with slivers of saffron. Several specialty drinks are offered along with iced tea, but this writer tried the Mango Yossi, a mango smoothie-float drink that was delightful to the tongue and the perfect palette cleanser at the end of the meal.

Seating options include tables, booths and traditional cushioned cubicles with wicker curtain intimating privacy. The decor is soft, with Indian artwork accents and relaxed  lighting from cut natural clay lamps hanging over each booth.  The serving staff is courteous and attentive to your dining needs. Drink glasses are quickly refilled and plates are cleared away with promptness.

The return of Tandoor marks the re-emergence of sophisticated family dining to Clarksville. Promise yourself a truly unique experience and broaden your horizons, visit Tandoor Restaurant soon and often!