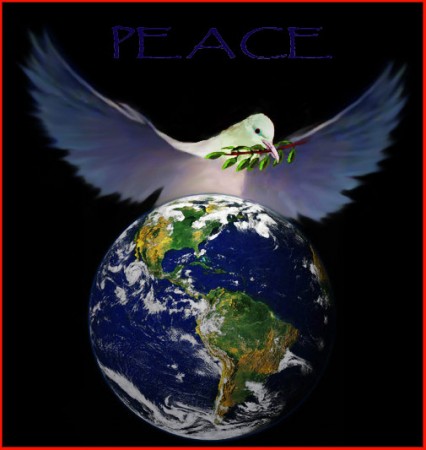 The Nashville Peace Coalition has issued the call for a demonstration in Nashville on Saturday, August 2nd to call for international diplomacy and peaceful dialogue instead of blockades and threats of bombing Iran. The demonstration is scheduled to begin at 6 p.m. and to last one and a half hours. It will take place at the intersection of 5th & Broadway in downtown Nashville.

The Peace Coalition is taking part in a national day of action to stop the potential war on Iran, which includes a massive demonstration in New York City and dozens of similar actions across the country on that day.

Statement from the Nashville Peace Coalition on why we are demonstrating:

It is with grave concern that we observe the growing threat of a new U.S. war–this time against the people of Iran. The media is filled with reports of an alleged nuclear threat posed by Iran and the assumed need for the U.S. to take military action. These reports recall the “Weapons of Mass Destruction” stories issued in the months leading up to the war on Iraq.

In the lead up to the illegal invasion of Iraq, the Bush Administration asserted that Iraq possessed massive stockpiles of weapons of mass destruction and that it was capable of launching an attack – nuclear, chemical and biological – on the U.S. within 45 minutes.

President Bush said that the U.S. had to attack immediately, and could not “wait for the final proof — the smoking gun — that could come in the form of a mushroom cloud.” We all know now that this propaganda campaign was a complet fabrication created to justify a war of aggression.

Now we see reports that are all too similar being made to justify military action against the people of Iran. Taking Iran to the UN Security Council is a prelude for unilateral action. Just as in the case of Iraq, none of the claims made by the U.S. government stand up to unbiased scrutiny. Iran has submitted to the most intrusive and humiliating inspections, above and beyond what is required by Nuclear Weapons Non-Proliferation Treaty (NPT). None of the inspections have found any evidence that Iran is developing a nuclear weapons program.

There is only one government that has used nuclear weapons against civilian populations, and that same nation has the largest stockpile of weapons of mass destruction on the planet. Most dangerous and incredible it is at this very moment developing a new generation of tactical nuclear weapons that it intends to use, not merely to threaten. That country is, of course, the United States. Shouldn’t any real discussion of the dangers of nuclear weapons include the weapons stockpiled by the Pentagon and the history of U.S. aggression and interventions?

Iran has suffered greatly at the hands of the U.S. We recall the U.S. overthrew the democratically elected government of Dr. M. Mossadegh and returned the Shah to the Peacock Throne – ‘the proudest achievement of the CIA’. For 25 years the Shah ruled Iran with an iron fist for the benefit of U.S. oil corporations before the people of Iran, in the millions, overthrew his tyranny at a terrible cost in lives. For the past 27 years U.S. sanctions have impeded Iran’s right to development and brought great suffering to the people.

It is essential that all voices opposed to the devastation of a new war in the Middle East speak out now. We urge an immediate end to Washington’s campaign of sanctions, hostility, and falsehood against the people of Iran. We oppose any new U.S. aggression against Iran. We need funds for human needs, not endless war for empire.