HomeNewsTennessee U. S. senators "wimp out" in cowardly support of FISA legislation
NewsOpinionPolitics

Tennessee U. S. senators “wimp out” in cowardly support of FISA legislation 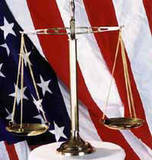 The following is a personal response to both Tennessee U.S. senators who voted to pass the recent FISA legislation in the Senate. This farce of a bill stripped Americans of Constitutionally protected rights, gave cover to communication enterprises which had wrongly acquiesced to strong-armed tactics of government entities overstepping their bounds and did nothing whatsoever to enhance our national or individual security.

I am greatly disturbed that you supported an abandonment of essential Bill of Rights protections to be seen supporting the Bush administration. Your vote does immense damage to the rule of law and our most fundamental democratic institutions and our personal liberties.

I can not impress upon you strongly enough how you need to fix this most egregious mistake by supporting efforts to revisit this flawed bill and rectify its worst consequences. This bill is nothing but an incalculatable disaster of a totally unwarranted and dastardly compromise. As your fellow Senator Kit Bond said, “the White House got a better deal than they even had hoped to get.” The American people, your Tennessee constituents included, got bludgeoned to a bloody pulp for no good reason. The shame is on your hands and your conscience and your voting records.”

I am reminded of a most telling quote from a most radical thinker:

“If all that Americans want is security, they can go to prison.” 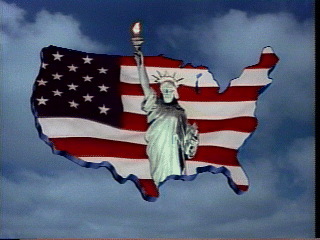 The radical thinker, why none other than that erstwhile former U. S. Army General Dwight D. Eisenhower, speaking as President of Columbia University in 1949. He was such a liberal firebrand that the Republican Party nominated him and the American people twice elected him President of the United States. What were they thinking?? Mm-Mm-Mm. More to the point, “What were YOU thinking?”

Lady Liberty is surely weeping for all of us.