Democrats from five counties flocked to the Hand Farm in Montgomery for the annual “Labor Day” barbecue and party rally. The event, which is coordinated by the Montgomery County Democratic Party and held each year on the first Saturday after the national holiday, is designed to celebrate Labor in the form of unions and workers. It jumpstarts the “politicking” that will dominate the ensuing two months before the 2008 Presidential election. Participating counties included Montgomery as the host county, with Cheatham, Robertson, Davidson and Williamson Counties throwing their support to the event.

Opening ceremonies included the Nashville Firefighters Color Guard, the singing of the National Anthem, an Invocation by Jerry Maynard, and the presentation of an award to Lt. Governor John Wilder. 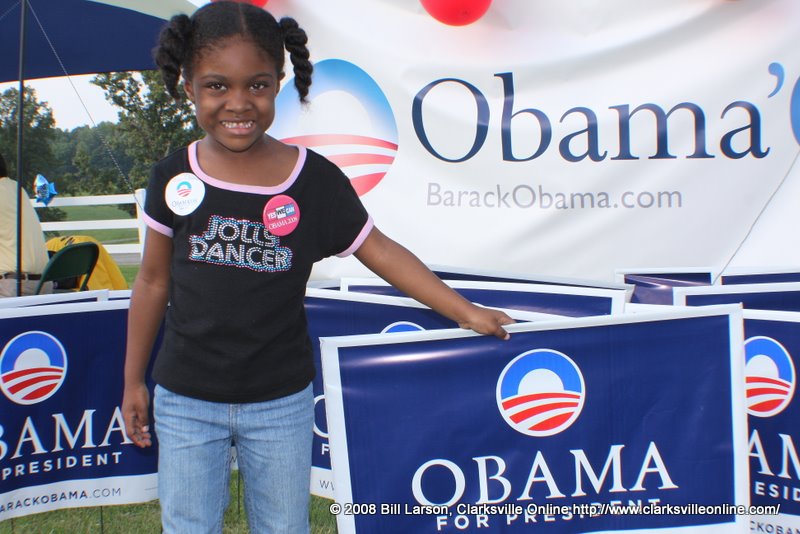 The days festivities included the traditional all-you-can-eat chicken barbecue. Candidates and organizations either had booths or were visiting bootha and taking the time to speak with constituents. The first local distribution of Obama yard signs began at this event, with Clarksville For Obama campaigners assembling the signs throughout the day.

This event was first present in 1996 as a Unity Dinner that attracted several hundred attendees. In 1998 it became the Truman Day Celebration, and in 1999, having outgrown its original site of the Jaycee Building, the celebration moved to the Hand Farm.  Six years ago the event evolved yet again to the Middle Tennessee Labor Day Celebration.  It is the only such event in Tennessee celebrating Labor Day, Labor Unions, and the working men and women of Tennessee.