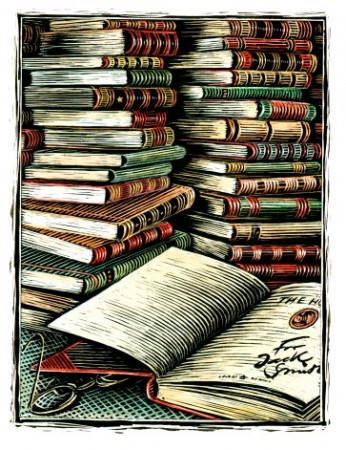 NASHVILLE – The Southern Festival of Books is just two weeks away and organizers are gearing up to welcome more than 20,000 patrons and an all-star lineup of authors, cooks and musicians this October 10-12, on Nashville’s War Memorial Plaza.

From beloved authors and first-timers, to former U.S. Congressmen and Pulitzer Prize winners, the 20-year old festival features more than 200 authors from around the nation and in every genre for interactive presentations, readings, panel discussions and book signings.

You can even hear from David Wroblewski, the author of the Oprah’s Book Club pick, The Story of Edgar Sawtelle, from Noon-1 p.m. on Sunday, Oct. 12 at War Memorial Auditorium (no advance reservations required, first come – first served seating). A free book signing follows the reading.

A handful of this year’s writers and works include:

Get your fill at the live cooking stage hosted by Nashville’s own Saucy Sisters, Barbara Nowak and Beverly Wichman, and featuring regional and local cookbook authors and chefs including Julia Reed, Rick Rodgers and Kay West. There will also be plenty of local food vendors on hand including Provence Breads and Café, Mas Tacos, Por Favor, Fleur De Lis, Dee’s Q and Bolton’s Spicy Chicken and Fish.

The Southern Festival of Books is presented by Humanities Tennessee, a non-profit organization that promotes humanities education across Tennessee. The Festival is proudly sponsored by the National Endowment for Humanities, the Metro Nashville Arts Commission, Ingram, Tennessee Arts Commission, the Frist Foundation, Davis Kidd Booksellers and Vanderbilt University. View the full Southern Festival of Books event schedule at http://humanitiestennessee.org/festival/sessions.php