The “D” word: DEPRESSION. Is it coming? 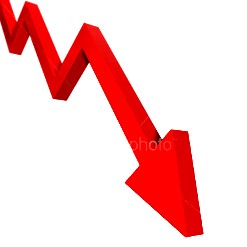 The Dow took a nose dive, sinking below the psychological panic line of 10,000 today, closing at under 9500, with no signs of imminent recovery. Oil dropped below $90 a barrel for the first time in eight months. The near-broke states of California and Massachusetts are seeking the same kind of “bail-out” relief that banks across the nation were awarded last week. News photos across the board capture looks of abject horror, unfettered dismay and complete shock, depending on which picture you view. All this despite a $700 billion dollar bail-out passed by U.S. Senators and Representatives Capitol Hill last Friday.

Does the word “recession” come to mind?

Timing is everything, and this economic downturn arrives on the heels of a long hot storm-laden disaster-ridden summer in the South and East, with the fall and incipient winter heating season across the northern half of the country.

The 1930’s depression was marked by a 25% unemployment rate, widespread bank failures and millions of American suffering homelessness and hunger. In checking a series of surveys, including a CNN POLL,  21-23% of Americans feel a recession imminent, over 35%  said is a strong possibility. That’s nearly 60% of America’s citizens looking with pessimism at the prospect of financial woes that will not turn around anytime soon. Richard Fuld, former CEO of bankrupt Lehman, calls the the current economic woes a ‘crisis of confidence,’ a term that is of little comfort to anyone.

It’s not just happening here; nations around the world are watching their economies being sucked into an ever-widening whirlpool of loss. Iceland is on the brink of bankruptcy. Russia lost 19% of its market, Brazil, 15%.Jakarta dropped 12%. Japan’s on shaky ground. Europe is staggering under a steady stream of loss.

On the homefront, American’s are looking at the bottom of their investments; those with years before they may need to draw on assets may be somewhat less panicked while others, including a surge of baby boomers, with retirement looming ever closer are worried that the fiscal downturn will hammer their retirement plans to oblivion.

Everyone is watching America and the upcoming Presidential election, which is a battle between same old-same old and the prospect of change. Americans are registering to vote in record numbers, and that a refreshing sight to see. A presidential race that originated when Iraq was the voter’s top concern has now shifted to the economy, the economy, the economy.

Tomorrow, and for weeks to come, all eyes will be on Washington and Wall Street, watching what the market does and what our nation’s leaders are doing to deal with what can only be described as a fiscal “crisis.” The shift from recession to depression is, in the minds of many Americans, happening, despite faint hopes and spurts of optimism that an infusion of bail-out money will ease the crisis and tamp down concerns.