Having watched all three presidential debates (and the Palin/Biden VP debate), I just can’t imagine what the GOP was thinking when they nominated John McCain, and followed that up with Alaska’s Governor, Sarah Palin.

Okay, when McCain first popped on the Election 2008 radar back in that early New Hampshire primary, I was next door in Vermont, wondering with a bit of perverse pleasure how McCain managed to dislodge the likes of Romney, Giuliani, and others in a presidential nomination bid. It just got interesting, I thought. Little did I know…

I know now, though, that his nomination has been a boon to the Democratic Party, a boon magnified orders of magnitude by his choice of Palin as VP. Thank you, John for handing over so many states to the Dems. Three times in a row, I watched the debates, and watched the post debate charts fade from red to pink to yellow to light blue…you get the idea.

I am dumbfounded that in three debates, McCain never found his footing, never managed to get the knock-out punch in, not one, not on any subject. All Obama had to do was break even to win. The first debate was not the showstopper it should have been; the subsequent and much heralded town meeting was a colossal bore with more action on the streets of Nashville than the under the lights at Belmont University. In both cases, Obama came out ahead, though not with the power of his early campaign speeches and interviews. One more shot, I thought. They have one more chance to get it right.

Wednesday’s final debate in New York, which was deftly moderated by Bob Schieffer of CBS, was the right format with the right moderator. It was the right fit for Obama, who both looked and sounded presidential, who exuded the right levels of charm and intelligence (not hard considering the competition), who had the answers to the questions, even when the answers were tough for some viewers to swallow. McCain entwined himself in the life of “Joe the plumber” (perhaps not the same Joe six-pack of Palin fame) and hammer that poor man to the ground. Once, twice a mention, maybe. But for heaven’s sake, John, give it a rest.

What America saw Wednesday night was an articulate educated black man who was at ease with himself, his opinions, his ideas, a man who looks at America with a reality check, not a blank check, and looks and sounds presidential while doing it.

What America saw Wednesday night was a war hero who despite his honorable service to his country was now incapable of staying the subject, unable to pronounce or string words and sentences together without rambling off the issue and changing the subject, a man who resurrected old themes and could not give any genuine assurance that he was not still a participant on the GOP/Bush playing field.

What distressed me the most? 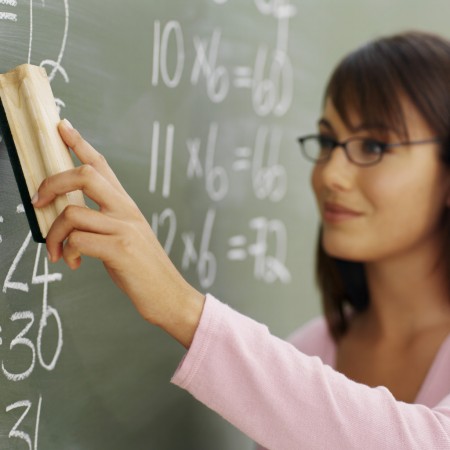 McCain’s opinion that we “need to reward these good teachers.” Hey, nothing wrong with that. Oh wait, here’s the rest of that story:

And then there was:

And then there was:

And was anyone else bothered by the fact that McCain simply could not stay on point? That he stumbled through words and phrases in a way that rivals George Bush? That he meandered across his own view of the political landscape, which holds a wide disconnect from middle America reality? That he fumbled and stumbled through a number of questions just as Palin did in several of her interviews? McCain simply did not look or sound presidential and that’s a trickle down effect on Palin. Or did it surge up from her?

My belief is that college needs to be made affordable, that the bar in educational standards must be raised significantly higher, that everyone has a right to health care and prescription medications, that we need to build a new economic structure for America that will include green jobs and a return to industry that has for some time been shifted offshore. My belief is that women need to have a right to choose, not have reproductive choices made for them by people who do not have to deal with the realities or circumstances behind these choices.

What I saw Wednesday night was a candidate, Senator Obama, who had a reality check and a plan to fix what ails America. I’m not exactly sure what McCain was offering that would be of any use to middle America.