Amid a multitude of signs for city council seats, state legislature seats and presidential candidates, Veterans Plaza was a beehive of activity Saturday morning. The crisp autumn air did not deter voters from turning out for the Early Voting Rally. The line was already out the door at the Election Commission by 10 a.m., yet people continued filling the parking lot to take their places in line and wait their turn at the ballot machines inside. 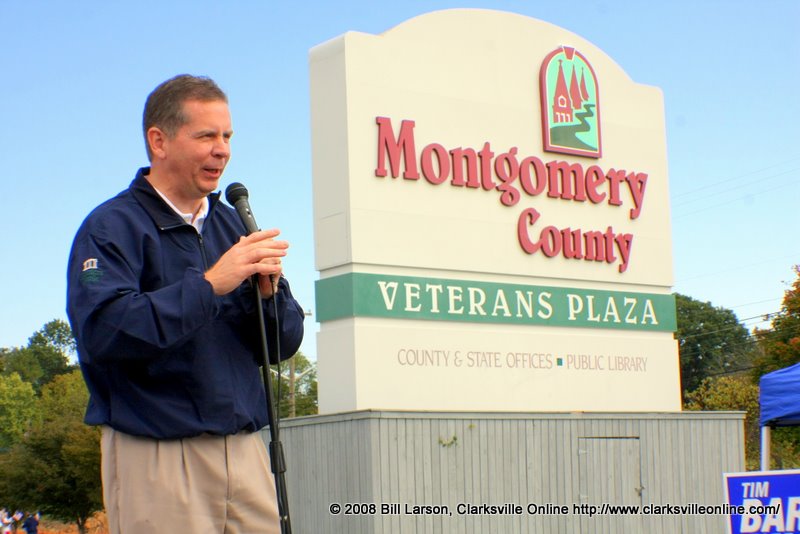 The Early Voting Rally was sponsored by the Montgomery County Democratic Party. MCDP chairman Gene Lewis greeted the assembly and thanked them for coming out to the rally and to vote. He led the crowd in the Pledge of Allegiance,  then introduced State Rep. Joe Pitts, who also commended the crowd for coming out and thanked the voters for supporting him in his past election effort. He urged voters to take this election seriously and encourage everyone they know to vote. He then introduced Senator Thelma Harper. 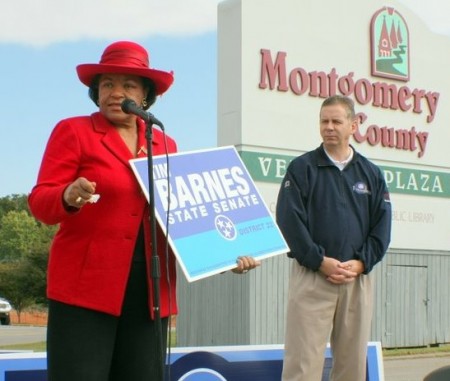 Harper thanked the crowd for coming out and urged them to support candidates who value their word, who are committed to the promises and pledges they make. She said her support for Tim Barnes was not about one man not getting to keep a title in the Senate. She told them that the state Democratic Party had a plan of action which would benefit the working class citizens of this state but had been blocked from implementing it because one member had comprised her party integrity and supported the opposing party. She urged the crowd to keep that in mind when they vote. Personal integrity is important in the Tennessee Senate, she said,  urging voters to give Tim Barnes their support and move Tennessee forward in these troubled times. 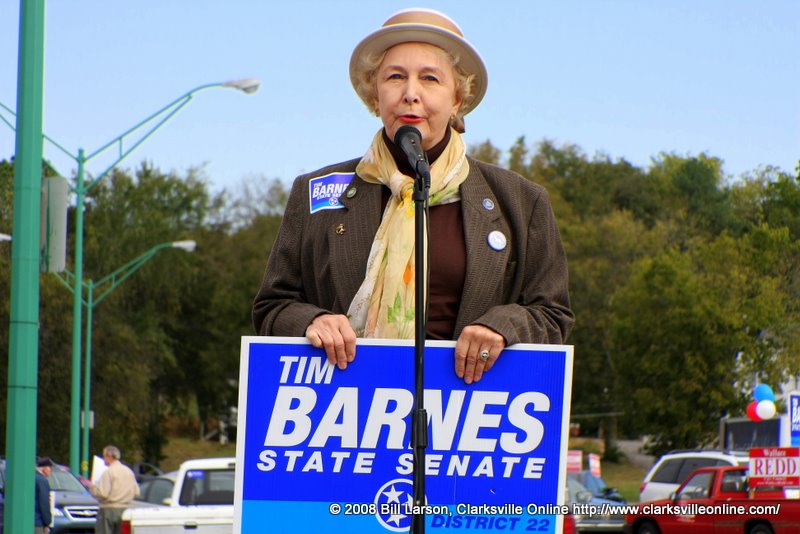 Senator Beverly Marrero, of Memphis, also stumped the crowd for Tim Barnes. She spoke to the matter of personal integrity in a state senator’s commitment to keep their word. She reiterated that because of a single vote change the state Democratic Party program of legislation in the Senate had ground to a halt. All efforts were blocked by the opposing party with the support of that one party vote and that had hurt the working class people of Tennessee. She asked that voters give their support to Tim Barnes so that the party could once again, go to work for the people of Tennessee. 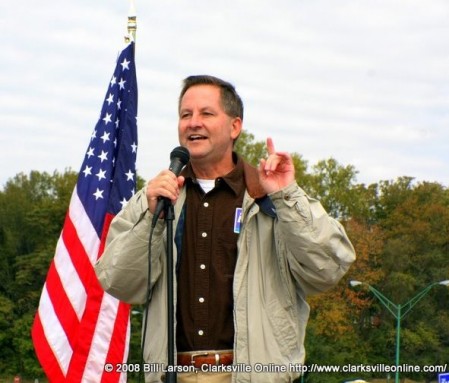 Introduced by Rep. Pitts as “The Man of the Hour,” Tim Barnes addressed the rally. Signs and cheers erupted as he took the stage. He thanked the crowd for their enthusiastic welcome and said he was both grateful for and humbled by it. He stated that his was not a campaign of dirty tricks, deception, misinformation nor lies. His desire to serve the people of the 22nd District was an honest one, without an agenda of higher office. He told his listeners he would be proud to be “Your Senator.”

“The people of District 22 need someone who will fight for them, their concerns and their party.”Barnes  pledged to work in a bi-partisan spirit but that does not mean betraying the party of the people who elected him. 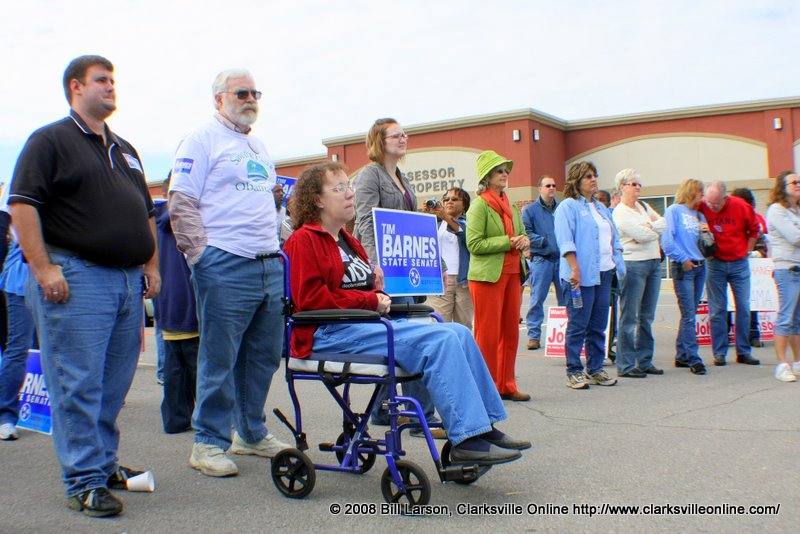 MCDP chairman Lewis encouraged voters to support the Democratic Party ticket, vote for City Council candidates, vote for Joe Pitts, State Representative District 67; Tim Barnes for State Senate District 22; Randy Morris for US House District 7; Bob Tuke for US Senate and Barack Obama for President of the United States. Asking the crowd if they were ready to vote, he  received a strong response: “Ready to Go!”

With that, the crowd proceeded to the Election Commission and joined the line snaking around the plaza. Through out the rally members of the Women Veterans Association served refreshments to the crowd. In less than twenty-five minutes, a line of voters that had stretched past the Veterans Service Office, on towards the County Trustee’s Office, had been processed and new arrivals had taken their place. The voting process itself is fairly quick and the waiting period goes swiftly. Many rally attendants, after having voted, took up signs, gave cheers and beat the Caribbean drums set up to encourage campaign workers and the waiting crowd.

Early voting continues til October 30, including next weekend as well. All registered voters are encouraged to exercise this most special of American rights. Vote. Early Vote.

It’s what REAL patriots do.