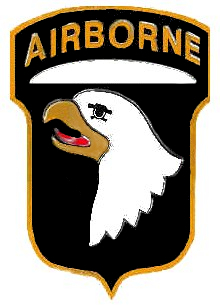 FORT CAMPBELL, KY–  On Thursday, October 30, a military family member reported two men pretending to be a casualty notification officer and chaplain visited her home and falsely notified her that her deployed Soldier had been killed.

The man impersonating the notification officer was wearing a Class A “dress green” uniform and the other was wearing civilian clergy attire.

There have been a few incidents of this nature in the past two months involving family members living off post, but Thursday’s incident occurred on post. The spouse did not allow the pair into her home and when they left contacted the Family Readiness Support Assistant and Rear Detachment Commander to confirm the information. The command let her know her spouse is still alive and worked to put him in contact with her as soon as possible. Military police were notified and a police report was taken at the scene.

Before Soldiers deploy, they and their families are offered a series of briefings to prepare for the separation. One of those briefings is about the casualty notification process. When a Soldier dies, a notification officer and military chaplain, both in Class A uniform,  not civilian clergy attire, are sent to notify the next of kin in person. Family members can confirm the information with the Soldier’s unit. Typically, the notification team will not leave the family member’s home until a friend, another family member or  arrives to assist.

Anyone with information about the false notification incidents are encouraged to contact Fort Campbell Police at (270) 798-2677. Anyone who believes they are being falsely notified should call 911 to alert local police immediately.