FORT CAMPBELL, Ky:   The Fort Campbell High School Falcons will travel to Louisville, Ky. Friday morning to participate in their second consecutive bid for the Kentucky State 2A football championship. 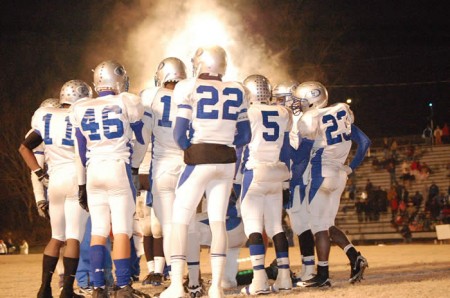 The Falcons will play against Newport Central High School Saturday at 10 a.m. at Louisville’s Papa John’s Stadium. Last year, the Falcons defeated Newport Central 21-7 to become the 2007 2A state football champions. The game will be broadcast live at http://khsaa.ezstream.com at 10 a.m. local Saturday.

Brigadier General Stephen Townsend, Deputy Commanding General (Rear), will speak to the team Friday at 8:50 a.m. to wish them luck and congratulate them on their continued success before they depart from Fort Campbell High School.