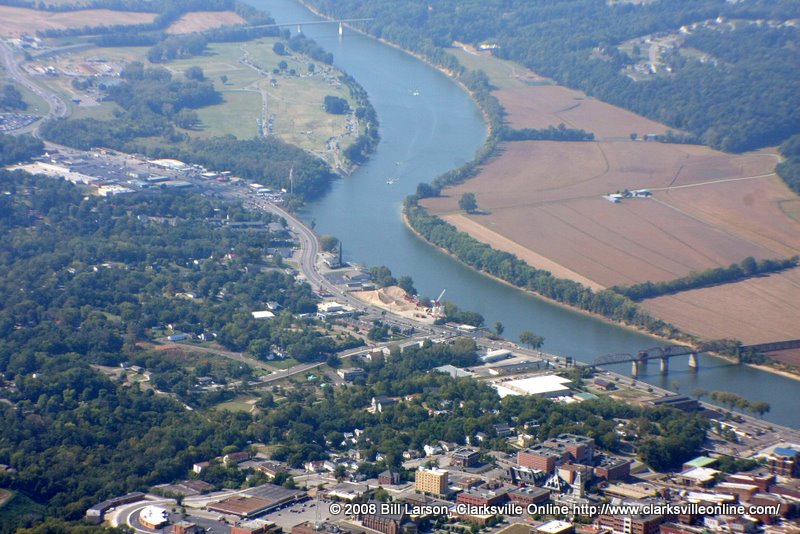 The City Council last night postponed its vote on a resolution to sign an lease agreement with Greg Batts, the designated developer of the proposed Clarksville Marina at Fairgrounds Park. The United States Army Corps of Engineers recently informed the city that the USACOE  could not begin its review of the marina permit application without a signed agreement in place.

“The reason for the end of year work on this is a request by the Corp of Engineers. They want an agreement for the marina signed as a part of their final approval. The city does not want to delay their review,” according to City Councilman Bill Summers in an e-mail to his constituency. That does not dovetail with a statement made to Clarksville Online by the USACOE.

“According the USACOE, the permit process will be the same for the TEPPCO terminal as the Clarksville Marina Fairgrounds Redevelopment Project. Upon receipt of a complete application:

Councilors seemed satisfied with the basic terms of the lease, which would assess a land lease price of $24,000 a year for the first five years, and adjust that rate with the consumer index for next 25 years. Batts would be required to pay the city 5% quarterly  of the marina’s gross  revenue, and 1% of on site boat sales over the site rental charge. (Ed. It must be noted that the area where the base of the former Fairgrounds Pavilion stood is already being used as a roadside  showroom for boat sales).

The agreement states that Bates would not pay the city any rent for the first year of operations, but would instead be required to invest $35,000 in advertising and marketing of the marina.

In the first year (Phase I) the city will provide or finance planning, permitting, and design services for buildings at the marina, for costs related to excavating the marina basin and securing the shoreline, and construction and maintenance of both the boat ramp and parking areas for the site. Batt’s will be responsible for other property maintenance and for dredging. This initial development includes floating slips for 100 boats and transient boat slips, a floating fuel center, office space for marina management and restroom facilities.

The lease also states that city would be buy-back the marina  and all its facilities should the lease be terminated before the initial term expires, the city would buy back all of the developed facilities for “fair market” cost.

Controversy emerged in the discussion of Phase II, which would require the building of an additional 100 boat slips and a drydock storage facility, but left Batts with four years to make those additions, a time frame that some members of the board felt was “too long.” Recommendation was made by City Councilor Bill Summers  that the time frame for Phase Two be shortened to one year or  “90%” of the slips being leased. The third phase covers similar ground with the addition of commercial, retail and residential (condominium) development.

Phases II and III are contingent on the sale of five additional acres (the Jaycees property) to be added to the 26.7 acres currently designated in the proposed marina development.

In his letter to his constituency today, City Councilor Bill Summers said:

“Another issue that our city attorney brought up was a couple of emails, from folks and Clarksville Online, saying the city was not following Charter requirements in regard to finalizing the lease or dealing with a lessee. They believed the city was in violation of Charter Article VI, Section 8. This section describes the action required if the city is giving or lending its credit to aid a person, company association or company. If such actions were to happen a vote by citizens would be required. I have no idea how they perceived this was happening. The city is NOT in violation as it is NOT giving or providing any financial credit to anyone, in the city’s name. The city is legally leasing property that it owns to a marina developer and manager who will build a dock and associated facilities, which he will own. This developer (the lessee) is getting his own funding to build the marina and associated facilities. If you should hear someone state this concern, please provide them with the proper information.”

The issue stands: the city of Clarksville is entering into a $32 million debt package in part to underwrite a significant portion of initial costs for this development, beginning with Phase I.

The city may or may not be lending cash in the form of credit and loans, but they are funding “planning, permitting, and design services for buildings at the marina, for costs related to excavating the marina basin and securing the shoreline, and construction and maintenance of both the boat ramp and parking areas for the site.” The city has taken on a renegotiated $32m debt, which will be borne by taxpayers, to ensure the  project would  move forward. If the developer is going to build and own the marina, why is the city — and you, Joe Taxpayer — paying for these multi-million dollar start-up costs ?