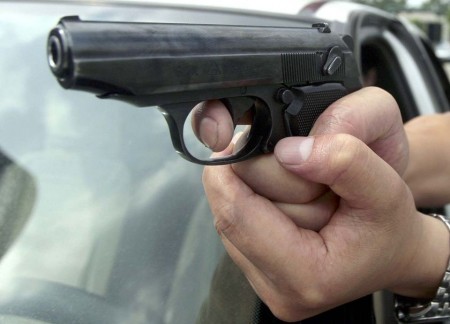 The House Judiciary Committee once again discussed several pieces of gun legislation, but only one bill was approved by the committee and advanced through the Calendar and Rules Committee to be scheduled for a floor vote. House Bill 959 will exempt the handgun carry permit list from the Open Records Act, but a proposed $2,500 penalty for publishing the list was removed by an amendment. The legislation is expected to be up for a floor vote, possibly next week.

Tennesseans became outraged when the Commercial Appeal, a Memphis-based newspaper, published the handgun carry permit database in an easily searchable format on their website. Republicans criticized the paper, calling the action ‘irresponsible’ and ‘dangerous.’ The House GOP contended that in addition to printing a list that would make it easier for criminals to steal weapons, non-gun owners were also at risk because it would be easy for criminals to use the database to find homes that likely did not have a firearm.

Another bill, House Bill 960, would give cities and counties the authority to allow licensed handgun carry permit holders to carry firearms in local parks. If the communities chose not to “opt in,” firearms would still be prohibited. The
committee discussed several issues regarding the legislation at length, and delayed a vote on the bill until next week. Lawmakers agreed, however, that
allowing for local control was the best route.

(TDOS) nor an instructor or employee of a department-approved handgun2. The bill seeks to clarify that neither the Tennessee Department of Safety safety course is authorized to require an applicant for a handgun carry permit to furnish or reveal identifying information concerning any handgun the applicant owns, possesses, or uses during the safety course, including the serial number of the weapon.

The House Judiciary Committee once again discussed several pieces of gun legislation, but only one bill was approved by the committee and advanced through the Calendar and Rules Committee to be scheduled for a floor vote. House Bill 959 will exempt the handgun carry permit list from the Open Records Act, but a proposed $2,500 penalty for publishing the list was removed by an amendment. The legislation is expected to be up for a floor vote, possibly next week.

The Republican-sponsored bill was filed in response to an incident late last year, when TDOS sent letters to all firearms instructors requiring them to complete and return a roster of students and to provide information on each student including the name of the firearm owner, the name of the student using the firearm, and the make, model, and serial number of firearms used. Gun advocates argued the request was the first step toward universal gun registration, but TDOS denied this, claiming a clerical error.

A TDOS spokesman testified in the committee that the department had no concerns with the legislation as proposed.

House Republican lawmakers are sponsoring several proposals that will begin to make their way through the committee process. Particular bills of interest are:

House Joint Resolution 3 will clarify that the State Constitution currently prohibits the legislature from levying a tax on income. Because it is a constitutional amendment, the resolution must first pass the 106th General Assembly by a simple majority, and pass the 107th General Assembly by a two-thirds majority, before making it to the ballot for voters to decide.
House Republicans will once again be pursuing Education First (House Bill 210), which requires the legislature to first pass an education budget before considering funding the remaining parts of government. Nevada passed the measure with little fanfare after it was approved in a ballot referendum. Nevada has reported that the transition to the funding change was very smooth. House Republicans feel that this legislation will ensure that education receives the funding it deserves, and will make it a priority in the legislative session.

House Bill 18 passed out of the Public Safety Subcommittee and will now face the full House Transportation Committee. The bill creates a new violation of aggressive driving that includes at least three violations in one continuous episode of the following:

House Bill 804 seeks to allow a parent that has been granted court-ordered
visitation with their minor child or children that has been called to active duty
military service, to petition the court for the temporary assignment of that
parent’s visitation rights to a legal or biological relative or relatives. The petition must state the relative that the parent is requesting to maintain contact with the child during the parent’s absence and shall include a proposed visitation schedule with such relative. The bill will likely be presented on the House floor next week.

A presentation in the House Finance, Ways and Means Committee this week revealed where the stimulus money will be directed to repair and replace
bridges around the state. Ten counties are expected to receive funds for repair and replacement, and the Tennessee Department of Transportation says the projects should be underway this summer. The counties slated for the funds are: Carroll, Carter, Cocke, Fentress, Gibson, Giles, Hardeman, Hawkins, Macon, and Monroe.

A new website was unveiled this week to assist citizens and businesses with information regarding the American Recovery and Reinvestment Act. At tnrecovery.gov, Tennesseans can find information relating to the stimulus bill and what it provides for Tennessee, what grants are available and how to apply, and what areas the money will cover. Tennessee expects about $4.5 billion to come from the plan, with some of the funds going directly to local governments for various programs and uses.