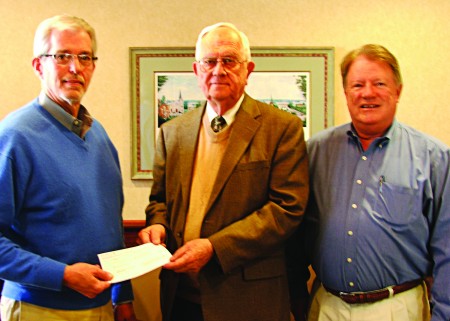 The Health Foundation is a non-profit organization that was created jointly by the city of Clarksville, Montgomery County and the former Gateway Hospital Board of Trustees. It operates exclusively for charitable, scientific and educational purposes, and is designed to promote the health of Clarksville and Montgomery Country residents and the citizens of northern middle Tennessee.

The $3 million gift to the Clarksville-Montgomery County Health Foundation was made possible by the sale of parcels of land owned by the former hospital, located around the former Madison Street facility, and from operating revenue of the former hospital.  According to Wyatt, the $3 million gift is hopefully the first of many donations that will be made to the Clarksville-Montgomery County Health Foundation by his organization. Clarksville Volunteer Health will continue to provide funding to the non-profit health foundation as further revenue is generated by the sale of additional assets belonging to the former hospital, and the division of future profits from the group’s ownership in Clarksville Health System, G.P.