Six ways to save the world: scientists compile list of climate change clinchers 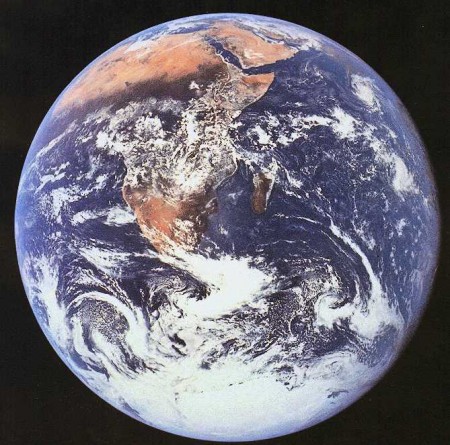 Scientists at the international congress in Copenhagen have prepared a summary statement of their findings for policy makers. This was handed today to the Danish prime minister, Anders Fogh Rasmussen. Ahead of the UN Climate Change Conference in December he will formally hand this statement over to officials and heads of state at the conference.

The full conclusions from the 2,500 scientific delegates from 80 countries that have attended the three-day meeting this week will be published in full in June 2009. The congress was conceived as an update of the science of global warming ahead of the UN summit in December. The most recent Intergovernmental Panel on Climate Change report published in 2007 is now three to four years out of date.

The scientists’ six key messages are:

1) Climatic trends: Recent observations confirm that, given high rates of observed emissions, the worst-case IPCC scenario projections (or even worse) are being realised. For many key parameters, the climate is already moving beyond the patterns of natural variability within which our society and economy have developed and thrived. These parameters include global mean surface temperature, sea-level rise, ocean and ice sheet dynamics, ocean acidification, and extreme climatic events. There is a significant risk that many of the trends will accelerate, leading to an increasing risk of abrupt or irreversible climatic shifts.

2) Social disruption: The research community is providing much more information to support discussions on “dangerous climate change”. Recent observations show that societies are highly vulnerable to even modest levels of climate change, with poor nations and communities particularly at risk. Temperature rises above 2C will be very difficult for countries to cope with, and will increase the level of climate disruption through the rest of the century.

3) Long-term strategy: Rapid, sustained, and effective mitigation based on coordinated global and regional action is required to avoid “dangerous climate change” regardless of how it is defined. Weaker targets for 2020 increase the risk of crossing tipping points and make the task of meeting 2050 targets more difficult. Delay in initiating effective mitigation actions increases significantly the long-term social and economic costs of both adaptation and mitigation.

4) Equity dimensions: Climate change is having, and will have, strongly differential effects on people within and between countries and regions, on this generation and future generations, and on human societies and the natural world. An effective, well-funded adaptation safety net is required for those people least capable of coping with climate change impacts, and a common but differentiated mitigation strategy is needed to protect the poor and most vulnerable.

5) Inaction is inexcusable: There is no excuse for inaction. We already have many tools and approaches — economic, technological, behavioural, management — to deal effectively with the climate change challenge. But they must be vigorously and widely implemented to achieve the societal transformation required to decarbonise economies. A wide range of benefits will flow from a concerted effort to alter our energy economy now, including sustainable energy job growth, reductions in the health and economic costs of climate change, and the restoration of ecosystems and revitalisation of ecosystem services.

6) Meeting the challenge: To achieve the societal transformation required to meet the climate change challenge, we must overcome a number of significant constraints and seize critical opportunities. These include reducing inertia in social and economic systems; building on a growing public desire for governments to act on climate change; removing implicit and explicit subsidies; reducing the influence of vested interests that increase emissions and reduce resilience; enabling the shifts from ineffective governance and weak institutions to innovative leadership in government, the private sector and civil society; and engaging society in the transition to norms and practices that foster sustainability.