The House Democrat Review is a weekly feature that gives Tennesseans an in-depth look at what our Democratic state legislators have been working on this week, and a glimpse into what’s planned for the coming week at our state house.

“Agriculture continues to be such an important part of ours state’s economy,” said Pitts. “As we continue the move towards more green jobs in Tennessee, I believe agriculture will play a significant role.”

Recent statistics released by the Tennessee Department of Agriculture show that over $60 billion (about 18%) of the state’s economy is generated by agriculture and forestry. Agriculture alone accounts for over 210,000 Tennessee jobs, with over 11.4 million Tennessee acres currently being used as farmland.

“Agriculture is making a comeback in a big way, and I believe we need to continue to find ways to encourage and expand opportunities for more agricultural in Tennessee,” said Pitts. 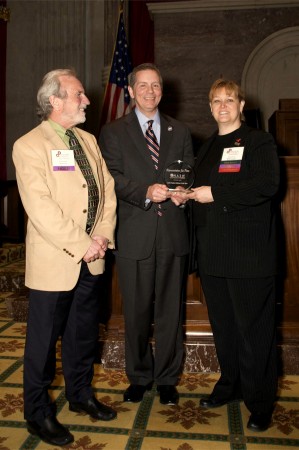 I am humbled by the honor of being named “2009 Public Official of the Year” by the Tennessee Chapter of the National Association of Social Workers, said Pitts”. “Great thanks for the recognition of my efforts in sponsoring the Social Work Licensure Law in 2008”, Pitts said.