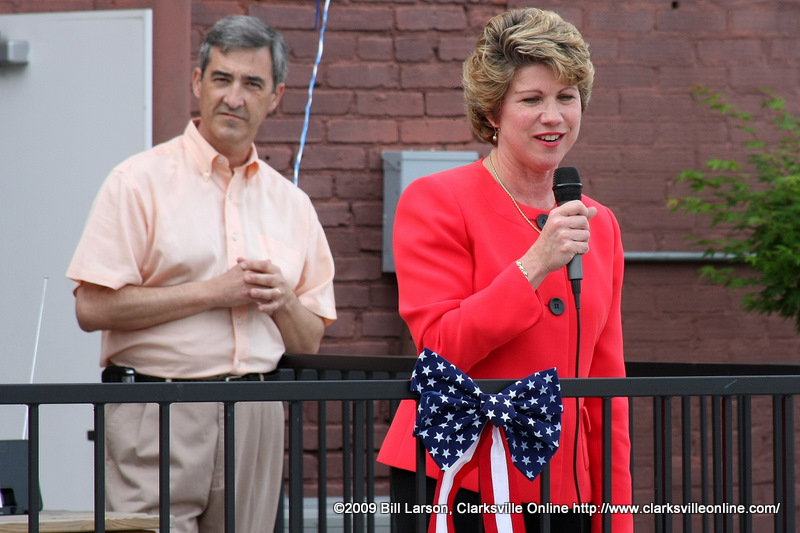 Amid a modest but vocal crowd of fifty-some well-wishers and admirers, former state house majority leader Kim McMillan was the guest of honor at a picnic held to acknowledge her run for the office of governor. Introduced by Attorney Timothy Harvey, McMillan spoken briefly from the upper level of the split-level rear patio of the Harvey & Silvus Law Firm. Cheers went up as she declared her desire to capture the governor office in 2010.

Guests signed up for mailing list notifications and fund pledges. Donations were accepted on site and bumper stickers were available for those wishing to give to the campaign that evening. Pledge envelopes were also on hand for mail-in donations. Many known names of the Montgomery County Democratic Party were on hand to celebrate McMillan’s quest to become Tennessee’s first woman governor. Among those in attendance were State Senator Tim Barnes, who was joined by his wife Linda. Also in attendance were Wade Monday, Adam Hayes, Kim Smith, Delina Starr, Gene and Robert Lewis, Charles Moreland, Deborah Brown, John Ferguson, attorney Hugh Poland, Dr. Howard Winn and APSU political science professor Dr. David Kanervo.