Sunday’s International Festival proved to be a fun-filled day of festive atmosphere, savory aromas, and cultural interchanges! The myriad of booths with wares of all kinds and foods presented the eager festival guests with a cornucopia of delights to indulge.

Along with the many foods on hand, artisans and crafters also provided ample reasons to dig into the hip pocket or purse and part with some cash. From hand-milled soaps to beautiful Cedar wood bowls and woodcarvings, there was plenty to see and ogle. And we mustn’t forget the music. Music was steady! Serenades, drums, guitar and singing, make no mistake, this is a festival that celebrates joyful sounds! 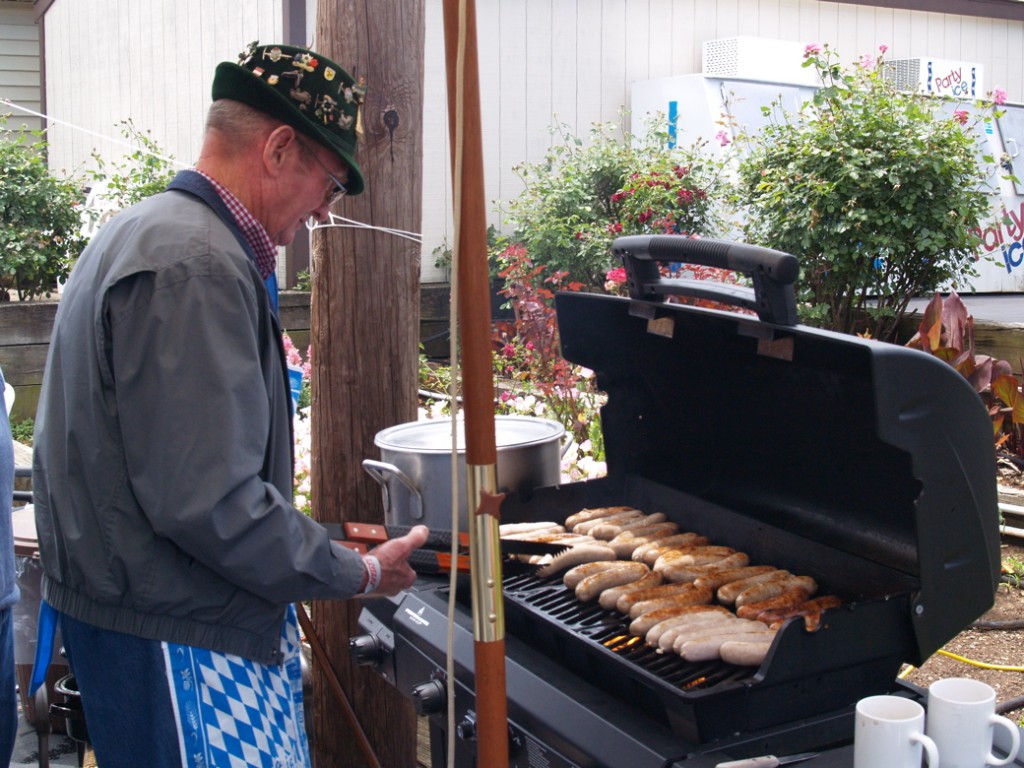 German Bratwurst at the International, naturlich!

Colorful food displays dominated the five-hour affair at the Immaculate Conception Catholic Church complex on Franklin Street. With national cuisine from so many corners of the world, it boogled the mind but just as certainly invited the appetite!

Brazilian roasted meats, Mexican favorites, Italian Biscotti, Haitian rum punch, German bratwurst dinners, Austrian and German pastry sweets, Korean delights, including a Korean Sushi, American hot dogs, an International Beer Garden by Ajax Distributing- naturally age restricted, all this made a for most cordial and friendly concourse where many a smiling and friendly face was met.

The children’s playground was packed with inflatable slides, jumping castles and padded jousting arena. There was even a dancing Santa doll! Scouting info and opportunities were also on hand along with information from the AARP group. 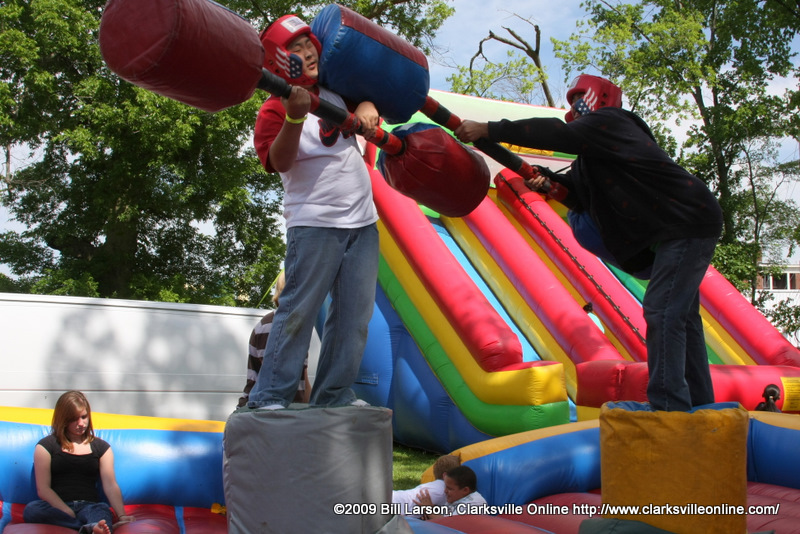 Kids joust for 'King of the Mountain' honors

Entertainment was the other main component of the festival. Latin American singing groups, dancing groups of Tahaiti, Hawaii, Panama and Middle East belly dancing all combined to create a visual wonderment of cultural displays of the many components of our vast community.

As you strolled amid the many booths and the performing arena, the diversity of people present couldn’t help but impress upon the many festival guests the wondrous vastness of peoples which comprise this Montgomery County community. From young military men and women, their families and friends to the many Latin American groups, to Asian grandparents present, friendly faces, smiles and jovial chatter were everywhere. 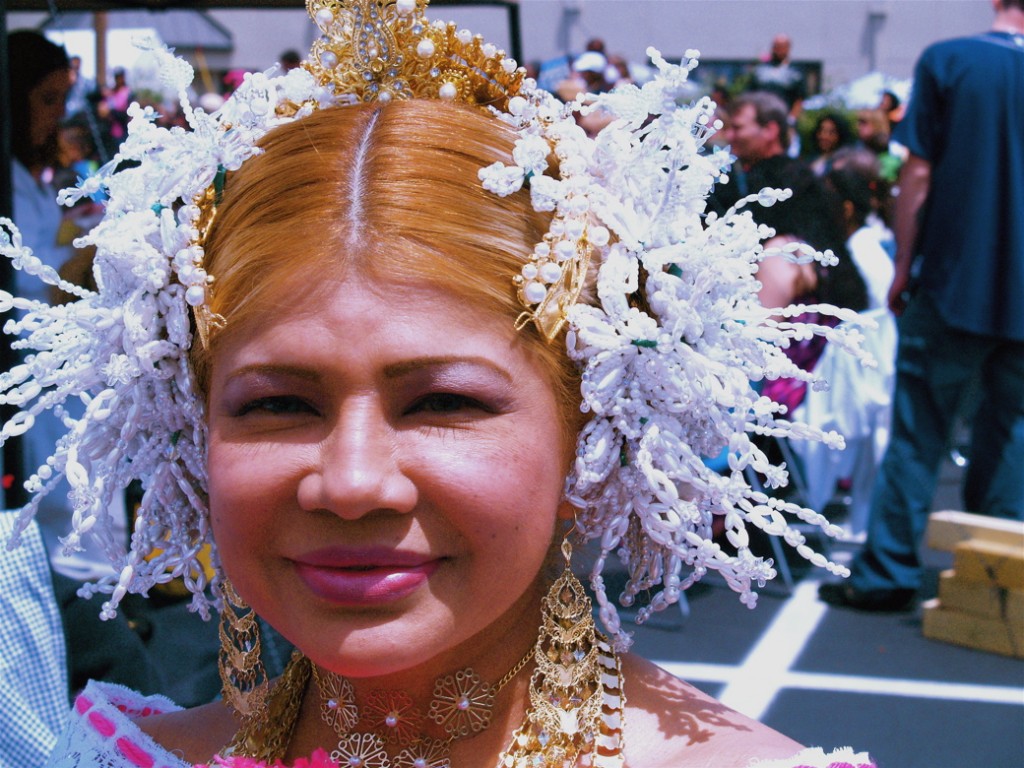 The intricate pearl headdress pieces of the Panamanian Folklorico lady dancers was simply stunning. Paired up with the deeply pleated skirts of their colorful white costume dresses whirling in the air as they executed their turns and dips and one could not help but be impressed. The dancing of the Pacific Islanders was also impressive with their graceful movements, hand language and island music that told the stories of inspirational interpretations of spiritual guidance and living the good life, reflective of the Pacific Islands more tranquil and simpler life philosophy.

There were many other performing groups on the schedule, but sadly this writer wasn’t able to stay for  the full five hours. For those still familiar with this annual celebration and fund raiser, do add this local extravaganza to your ‘must-do’ list in 2010! It’s a fun-filled afternoon of diverse food delights, sights and sounds galore! This is one of Clarksville’s most joyous and truly diverse festivals! Come on out, meet your neighbors and enjoy!