What’s going on at Dunbar Cave

We did our last school group yesterday. It was a fun time, considering we had to slog through four to five inches of mud to get through the first room of the cave. The heavy rain we had the weekend of Mother’s Day flooded the first room of the cave and halfway into the first passageway, depositing sticky slippery clay mud. On that Saturday morning, the water was up to chin height (estimate, we didn’t wade in to see exactly how high it was).

While I was sitting at the cave entrance waiting for a group one day, I saw an Eastern Phoebe feeding her young at the nest at the cave entrance and a Carolina Wren flying to a nest in the window of the old concession stand. In fifteen minutes I heard a Red-Shouldered Hawk, a Gray Cheeked Thrush, a Blue Jay, a Ruby-throated Hummingbird, a Common Crow, a Yellow-throated Warbler, a Black-and-White Warbler, a Parula Warbler and a Black-throated Green Warbler. In the same amount of time I saw a Green Heron and a Great Blue Heron. You don’t even have to walk up on the trails to see birds – these were all at or near the cave entrance.

Our best flowers right now are the Indian Pink, Wild Petunia and Wild Clematis. All can be found along the lake trail. 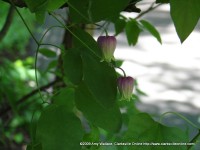 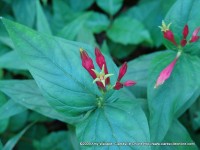 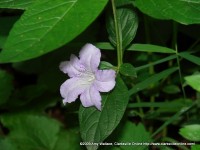 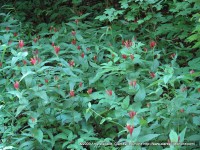