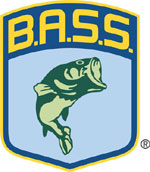 “Out-of-control good” is what 2008 Bassmaster Classic champion Alton Jones of Waco, Texas, calls the fishing at Kentucky Lake, where the Bassmaster Elite Series will head to next for the June 3-6 SpongeTech Tennessee Triumph out of Paris, Tenn.

Kentucky Lake has hosted 10 previous BASS events, including the 2008 Bluegrass Brawl, won by reigning Toyota Tundra Bassmaster Angler of the Year Kevin VanDam of Kalamazoo, Mich., who edged Timmy Horton of Muscle Shoals, Ala., by more than 1 pound. VanDam recently wrapped up another victory – 15th in his BASS career – at the Advance Auto Parts Blue Ridge Brawl in April on Virginia’s Smith Mountain Lake.

Fishing fans can catch all of the on-the-water action from the Tennessee Triumph on The Bassmasters, which airs Saturday, June 13, at 9 a.m. ET on ESPN2. The daily weigh-ins for all regular-season Elite events and the two postseason events will air live on ESPN360.com, ESPN’s broadband sports network, while a wealth of unique content will also be available at Bassmaster.com.

Jones, who finished 13th at Kentucky Lake in 2008, is in third and just 58 points behind VanDam in the 2009 Angler of the Year points race. Jones recently stopped by Kentucky Lake a week before the off-limits period, and said the Elite pros are going to get their fill of bass.

“I think it’s going to be one of the best Elite events of the season,” he said. “If you’re not catching them, you’re going to be way behind the 8-ball. I think our winning weight is going to be similar or higher, somewhere in the 90 pound range.”

“Shell bed and deep structure patterns are heavily favored in my book,” he said. “The wild card, though, is the amount of rain they get upstream. If the lake doesn’t come down, it could be a wide-open shallow flipping bite, too. It all depends on the weather for how it’s going to play out.”

Jones said that big crankbaits, such as a fat free shad, will be players at Kentucky Lake, as well as football head jigs and the like.

“Summertime is when bass are the most predictable of any season, especially in early summer, as they set up in their warm weather haunts,” Jones said. “That’s why those types of lures will be the key players.” 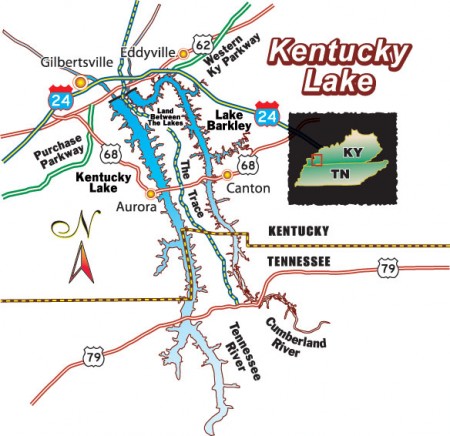 In the 2008 event on Kentucky Lake, VanDam’s whopping 84 pounds, 13 ounces, were courtesy of a variety of lures, including jigs, spinnerbaits and crankbaits. His most productive lure was what would become the trademark in his march to the 2008 Angler of the Year title: a Strike King Series 6 in sexy shad color.

He keyed on rough spots on shell beds at the bottom of the lake, figuring that the fish were bunched around those spots and finding most of his productive schools there.

VanDam agreed with Jones about the winning weight, predicting it would be around 85-90 pounds again, and about the tremendous volume of rain recently and water levels being a factor.

“The lake is real high, but it will probably come down between now and then,” VanDam said. “It’ll be the offshore bite just like last year, the fish will be on ledges, but going out of Paris, it’ll change things because it opens up the rest of the lake all the way to the south.”

VanDam said that finding the perfect depth won’t matter; rather the area of the lake the Elite pros choose to fish will make the difference. He said he thinks the victory will play out over on the main river and offshore structure.

The SpongeTech Tennessee Triumph includes a top prize of $100,000 and awards valuable points in the 2009 Toyota Tundra Bassmaster Angler of the Year title race. In the heat of the chase and with just three events remaining in the regular season, VanDam leads with 1,298 points, but is trailed by a mere five points by 2009 Bassmaster Classic champion and 2007 AOY Skeet Reese of Auburn, Calif., in second with 1,293 points.

Rounding out the top five in the AOY race are Jones, in third with 1,240 points; Aaron Martens of Leeds, Ala., in fourth with 1,224; and Gary Klein of Weatherford, Texas, in fifth with 1,205 points.

The top 12 pros in the AOY standings at the end of the regular season will advance to the inaugural Bassmaster Elite Series postseason, when the Toyota Tundra Bassmaster Angler of the Year will be determined. Toyota Trucks Championship Week is set for Sept. 10-18, and will be played out on two productive Alabama fisheries. The first of the two post-season tournaments will take place on Lake Jordan out of Wetumpka; the finale, the Evan Williams Bourbon Trophy Triumph, is slated for the Alabama River from Montgomery.

“It’s going to be an interesting race,” VanDam said about the AOY points battle. “We have a good cast of characters at the top of the points. With three tournaments to go, lots can happen – chances are that seven of the top 12 are going to be seven who’ll be fishing in the postseason.

“I’m trying to win at every tournament. If you do that, the AOY race takes care of itself. I can tell you from the first cast this year, I’m thinking about AOY. And I’ll think about it on the last cast. With only eight events to get into the top 12, there’s a bigger sense of urgency.”

Fans are encouraged to attend the Wednesday-Saturday daily launches (6 a.m. CT) and weigh-ins (4 p.m.) at Paris Landing State Park, 16055 Hwy. 79 N., Buchanan, Tenn. After Day Two’s competition
Thursday, the field will be cut to the top 50 anglers for Day Three. Only the top 12 will go on to compete in Saturday’s Day Four.

Other activities Friday and Saturday at the Tennessee Triumph will begin at 1 p.m. CT at Paris Landing State Park, featuring the popular Dog Training & Retriever Demonstrations Brought To You By SportDog, as well as a live concert by Nashville recording artist Greta Gaines on Friday, June 5, at the conclusion of the day’s weigh-in. 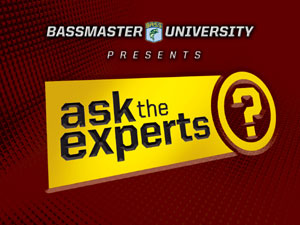 At 1:30 p.m. Friday, fans are invited to experience Bassmaster University, which includes the “Ask the Experts” session with Elite pros at 3 p.m.

Saturday’s activities include the live taping of Hooked Up, hosted by ESPN Outdoors personalities Mark Zona and Tommy Sanders. The show, which will air live at 3:30 p.m. ET on Bassmaster.com, will preview Sunday’s final weigh-in.

All events at the SpongeTech Tennessee Triumph are free and open to the public. Up next for the Elite Series is the June 11-14 Genuity River Rumble on the Mississippi River out of Fort Madison, Iowa.

For more information, contact BASS Communications at (407) 566-2208 or visit Bassmaster.com. Visit ESPNOutdoorsmedia.com for BASS’ latest releases, schedules and other news, plus photos and more.

The local sponsor of the Tennessee Triumph is the Paris-Henry County Alliance.

For more than 40 years, BASS has served as the authority on bass fishing. With its considerable multimedia platforms and expansive tournament trail, BASS is guided by its mission to serve all fishing fans. Through its industry-leading publications Bassmaster Magazine, BASS Times and Fishing Tackle Retailer and comprehensive Web properties in ESPN360.com, ESPN’s broadband sports network, Bassmaster.com, BASSInsider.com and ESPNOutdoors.com, the organization is committed to delivering content true to the lifestyle. Additionally, television programming on ESPN2 continues to provide relevant content – from tips and techniques to in-depth tournament coverage – to passionate audiences.

BASS also offers an array of services to its more than 500,000 members while spearheading progressive, positive change on issues related to conservation and water access. The organization is headquartered in Celebration, Fla.