HomeNewsArrests made in homicide of Gilbert R. Hart
News

Arrests made in homicide of Gilbert R. Hart

On June 4, 2009, Rebecca Rey Hart (White/Female, DOB 7-19-1990, 18 years of age, address: 2194 Allendale Drive Clarksville, Tennessee) was arrested along with a 15 year old White/Male and a 17 year old White/Male on a charge of First Degree Murder in the shooting death of Gilbert R. Hart. Rebecca Hart is the daughter of the Victim. Rebecca Hart was booked into the Montgomery County Jail on $1,000,000.00 bond. The two Juveniles are being held at a Juvenile Detention Center. 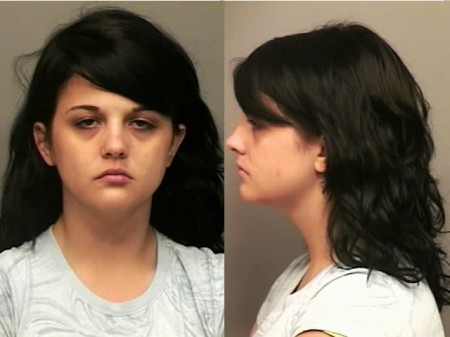 On June 3, 2009, about 12:29 a.m., Gilbert R. Hart, W/M, 50 years of age, was found deceased by Clarksville Police, in his residence at 2194 Allendale Drive.  About 12:18 a.m, officers responded to 2194 Allendale Drive to check on a male who was not answering  his phone.   The spouse had been trying to contact her husband and was unable to reach him.  When she could not reach him by telephone, she went by the residence and to check on Mr. Hart. She saw that a door was open and thought it may have been broken into.  She called Police at that time.   When officers went inside, they found Mr Hart deceased and no one else in the residence.