The Customs House Museum and Austin Peay State University presents “Dare Not Walk Alone” with Producer/Director Jeremy Dean as part of the Southern Arts Federation’s Southern Circuit Tour of Independent Filmmakers at 2 pm on September 12th in the museum’s auditorium. Following a screening of his documentary, “Dare Not Walk Alone,” Dean will engage the audience in a panel discussion sponsored by the Wilbur N. Daniel African American Cultural Center. A reception with the filmmaker is scheduled immediately following the discussion. 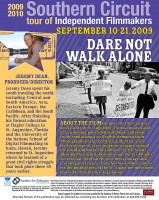 On June 18, 1964 a white hotel owner in St. Augustine, Florida, poured acid in a swimming pool filled with black and white youth conducting a civil rights demonstration. Photographs of this horrific incident were on the front page of every major newspaper around the world and broke the filibuster in the Senate allowing President Johnson to sign the Civil Rights Act into law. With rarely seen news footage and revealing interviews, “Dare Not Walk Alone” uncovers the untold story of the St. Augustine movement that led to this historic legislation. But far from a history lesson, the film also looks at the aftermath of desegregation and the grim realities of life today on streets where those campaigns were fought, in a place that symbolizes what Barack Obama has called “the gap between the promise of our ideals and the reality of our time.” This film has been called the “Civil Rights film for the modern age” and in the end we see signs of hope and reconciliation as well as a challenge to take the next step forward. 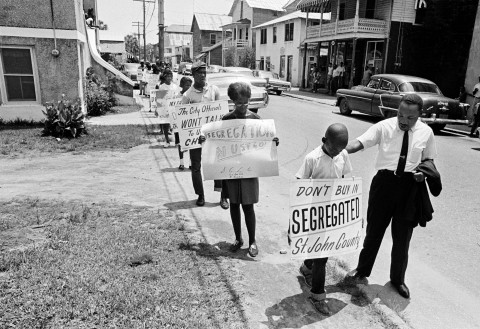 The film is the first in the series. Addition films will be shown at the museum in October and November. The spring tour will take place at Austin Peay University. While all films are free, donations will be accepted for this and other film programming. Vanderbilt University is also participating in the Southern Circuit Tour. Their first screening is September 17th at 7 pm with the film “Let Them Know: The Story of Youth Brigade and B.Y.O. Records.”

The Customs House Museum is located at 200 South Second Street in Historic downtown Clarksville. Museum hours are Tuesday through Saturday, 10 am to 5 pm. Admission to the museum is $5 adults, $4 senior citizens, $2 college students, $1 ages 6 to 18, and under 6 free. Information on exhibits and events can be found at www.customshousemuseum.org. 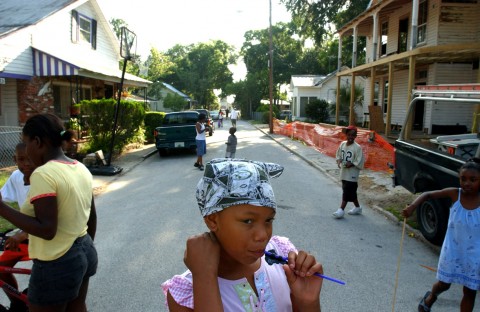