Dallas, TX – AT&T* today announced that the new NFL RedZone channel will be added to the AT&T U-verseSM TV channel lineup. Through an agreement with the NFL Network, AT&T will make the channel available to U-verse TV football fans beginning with the NFL season’s opening Sunday, Sept. 13. 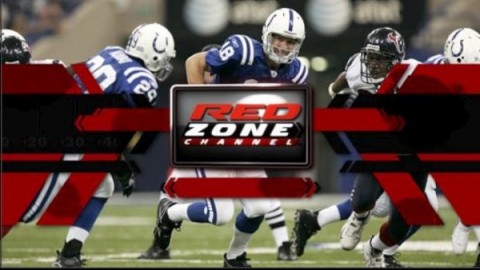 NFL RedZone, a new sports channel produced by NFL Network, gives football fans quick and easy access to the most important moments of NFL Sunday football. Once a team gets inside their opponent’s 20-yard line, U-verse TV customers will be able to experience the anticipation and excitement of each play within the red zone. NFL RedZone keeps fans up-to-date in real time by switching from game to game with live look-ins, highlights and a chance to see every important play.

“AT&T U-verse just got better, again. NFL RedZone is a new and exciting way to stay on top of Sunday football, and we’re proud to kick off the NFL football season by adding this channel to our lineup,” said Dan York, executive vice president of content and programming, AT&T Converged Services. “U-verse TV football fans will truly enjoy tuning to NFL RedZone to watch the touchdowns and the biggest plays as they happen on their big screen TV.”

NFL RedZone will be available on channel 1629 as part of the U-verse HD Premium Tier, which is available to U-verse HD subscribers for an additional $5 per month.

All U-verse TV packages include HD-ready equipment, and most packages include an HD-ready Total Home DVR, which gives you the ability to watch and manage recordings from a single DVR on any connected TV in the house. AT&T U-verse offers several additional features that improve the viewing experience for football fans and all customers, including the ability to record up to four programs (or can’t-miss games) at once; the ability to program DVR recordings from your Web-connected mobile phone or PC; fast channel change for football fans to channel surf without the delay experienced on other digital TV services; picture-in-picture browse capability that lets you preview games on other channels; the ability to follow your favorite sports teams — including your Yahoo! Sports Fantasy Football team — through the AT&T U-bar; and more.

AT&T U-verse TV is the only 100 percent Internet Protocol-based television (IPTV) service offered by a national service provider, making AT&T U-verse one of the most dynamic and feature-rich services available today. For additional information on AT&T U-verse — or to order the HD Premium Tier — visit http://uverse.att.com or call 1-800-ATT-2020. Customers can get more information about U-verse TV programming and television events by visiting http://uconnect.att.com.