A report released Tuesday by the Tennessee Comptroller of the Treasury’s Offices of Research and Education Accountability (OREA) examines Tennessee’s efforts to make sure that its schools are safe.  A legislative request to initiate the report was prompted after a tragic fatal shooting at a Tennessee high school in 2008.

The Keeping Tennessee Schools Safe report provides a comparison of state laws, policies and requirements with accepted best practices for keeping schools safe from violence. The report states that Tennessee has made significant progress since the mid-1990s toward ensuring the safety of its students and school personnel. The 2007 Schools Against Violence in Education (SAVE) Act established statewide comprehensive planning and accountability requirements for school districts to meet regarding school safety and violence prevention efforts.

Although safety and violence prevention efforts are addressing most of the identified best practices for safe and secure learning environments, staff and funding needed to implement the requirements are limited and decreasing, according to the report. 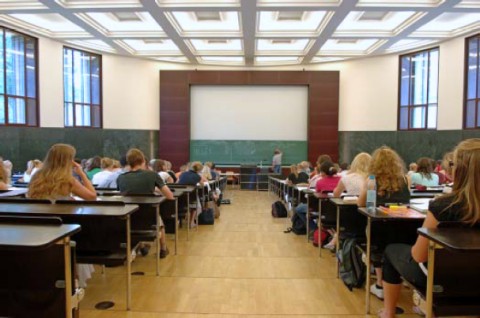 “It is intuitive that such efforts enhance building security, but we found little research evaluating those security measures as a means to deter or prevent violent incidents,” said Susan Mattson, legislative research analyst and co-author of the report.  “Although the SAVE Act currently requires school officials to report on security strategies and procedures they have in place, it does not require them to assess their appropriateness or effectiveness.”

The report describes options the Tennessee General Assembly and state education officials could take for enhancing and improving school safety efforts. Some of the options listed for consideration include how to allocate limited state funds for school safety; requiring statewide school climate assessments to better guide the state’s policies and programs; reexamining Tennessee’s criteria for designating schools as dangerous; and to more closely monitor the SAVE Act’s effectiveness.

The full report may be viewed or downloaded at http://www.comptroller1.state.tn.us/Repository/RE/SchoolViolence2009.pdf

The snapshot of the report may be viewed or downloaded at http://www.comptroller1.state.tn.us/Repository/RE/SchoolViolenceSnapshot.pdf

The following list is a summary of five recently released reports. The reports are available online at: www.tn.gov/comptroller/orea:

Since its inception in the early 1900s, teacher tenure has been a controversial education policy issue. Proponents argue that tenure keeps capricious and prejudiced administrators from dismissing teachers because of nepotism, local politics or personal conflicts. Opponents argue that teacher tenure in elementary and secondary schools results in principals’ inabilities to dismiss poor-performing teachers. Both proponents and opponents find some support for their positions in research. The majority of teachers still believe that tenure is necessary, in part because of the challenges that are unique to teaching. But it also appears to inhibit the dismissal process and could cause complacency among some teachers.

This policy history looks at two significant events in Tennessee that have affected teacher compensation: the Career Ladder experiment from 1984 to 1997 and the small school districts lawsuits from 1988 to 2006. Career Ladder was a voluntary program that rewarded teachers with higher pay based in part on classroom observations. The program did not accomplish its intended goal – improving teaching quality – and was abolished by the legislature in 1997. The small schools lawsuits required the state to evaluate inequities in teacher pay and resulted in changes in the way the BEP calculates teacher salaries in all districts in 2004. The policy history also includes information on the teacher differentiated pay legislation passed in 2007 and a timeline of actions affecting teacher compensation in Tennessee.

Historically, teacher compensation systems have been based on straightforward criteria such as years of experience and degrees earned. In recent years, however, states and districts have broadened the discussion around compensation as part of a teacher-centered approach to improving student achievement. This brief looks at key issues in teacher compensation and concludes that 1) teachers in most states and districts are paid less than their peers in comparable professions; 2) teacher benefit packages, though typically better than those in peer professions, have not grown enough over the last decade to compensate for low teacher salaries; and 3) teacher salaries are not typically based on teacher performance. The brief discusses these key issues in relation to Tennessee and concludes with a policy discussion of teacher quality initiatives that explore integrating differentiated pay with teacher supports such as teacher induction programs, mentoring and professional development.

In 2011, Tennessee’s graduation rate as reported on the Annual State Report Card is expected to drop because of a new calculation method that is required by the U.S. Department of Education. New federal regulations require other significant changes affecting high schools: districts and schools will be held accountable for the high school graduation rate for each student subgroup (i.e. economically disadvantaged students, students from major racial and ethnic groups, students with disabilities, and students with limited English proficiency) and high schools must demonstrate substantive progress toward improving graduation rates. More high schools will likely be added to Tennessee’s high priority list because of low graduation rates resulting from the new calculation and from the requirement to hold districts and schools accountable for subgroups’ graduation rates.

Tuition and fees at Tennessee public postsecondary institutions more than doubled between 1997-98 and 2007-08. While a significant expansion of state grant programs during this period may have slowed the growth of student borrowing, Tennessee college students increasingly rely on loans to finance their education. This report, “Tennessee Student Loans Sources and Practices: A Primer,” reviews trends in college tuition and student borrowing patterns and summarizes the loan application and borrowing process for both federal and private student loans. The report also details school practices and consumer protection requirements including loan counseling, disclosure, and other loan terms and conditions.

The Comptroller’s Offices of Research and Education Accountability (OREA) support the General Assembly, the Comptroller and the public with accurate and objective policy research and analysis. This year marks the 15th anniversary of OREA.

The offices have issued reports covering a wide range of policy topics since 1994, from education to health care to criminal justice. OREA’s body of published work chronicles the office’s responsiveness to the varied research and evaluation needs of the General Assembly. OREA reports have led to changes in state law, sparked the creation of state initiatives to address critical needs and informed policy debates within the state legislature and across the state.