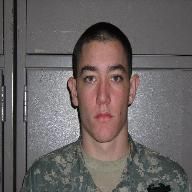 He is survived by his wife and son, Victoria and Christopher, of Murfreesboro, Tenn.; mother and stepfather, Cheryl and Denver, also of Murfreesboro; and father, Russell Hercules Sr., of Winchester, Tenn.

A memorial service for the fallen Soldier will be held in Afghanistan. Fort Campbell will hold an Eagle Remembrance Ceremony in November.