HomeNewsEncountering some perfumes can be a nauseating expericence for some
News

Encountering some perfumes can be a nauseating expericence for some 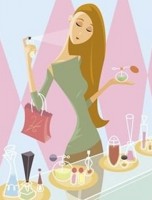 The word “perfume” is a derivative of the Latin word “parfumare” meaning “through smoke” and that leaves one to conjure ideas like “Is the perfume to cover up the scent of smoke?” or “Is the perfume to disguise the true scent of the wearer?” Actually, the name derived from the incense that was the first form of perfume.

Perfumes were used by ancient Egyptians to honor their gods, to place with the dead, and to wear. Egyptian women had cones of resins and greases that they put on top of their heads; as the cones melted, they would perfume the hair and faces of the women.

The ancient Greeks extended these uses to bath oils and scents. They also placed perfume containers in the graves of the dead. Greek athletes always perfumed their bodies before each test on the sports fields. 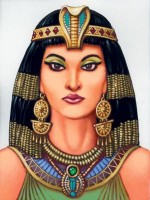 Romans continued the use of perfumes. Cleopatra is said to have had a perfume for each part of her body and was credited with writing a Book of Beautification in 50 B.C. It was reported that Cleopatra met Anthony covered in perfume and riding in a barge with sails soaked in rosewater.

Romans were, of course, fond of public bathing. The person entering the bathing area, after disrobing, was anointed with scented oil. Then the bather took a hot bath followed by defoliation with instruments of silver, gold, bronze or iron; after this process, the bather entered an area similar to a sauna. This was followed by a tepid bath and then some plunged into a cold bath. Areas beside the baths were devoted to reading, conversation, gymnastics, and other activities.

At first, men and women bathed separately. Of course, the baths were social occasions from their onset. However, by the fourth century, men and women bathed together. This custom spread to Spain, England, France, Germany and other countries as the Romans conquered the world. Wealthy Romans also had private baths in their homes.

Eventually the baths became places for gambling, prostitution and other activities. Some emperors banned the baths and others encouraged them. When Christianity replaced paganism, public baths were denounced. From about the sixth century, public baths were abandoned. For the next three hundred years in European Christian culture, bathing was private and public “bathing” was only for religious rites.

By the Middle Ages, the chief reason for wearing perfume was to cover up the fact that people rarely bathed. Wigs and clothing at that time were rarely washed; lice and fleas were commonplace no matter what social class.

In the mid 1800s, Joseph Lister and Louis Pasteur advocated that physicians wash their hands before surgery and began the practice of using disinfectants in the operating theater. This eventually translated into present day focus on personal hygiene and the use of perfumes again primarily as enticement of the opposite sex. 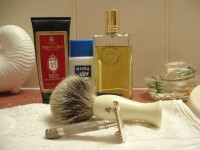 Men wear “perfumes” (usually termed “aftershave lotions” or “men’s colognes”) that engage the scents of wood, leather and spice rather than those of flowers that tend to dominate perfumes for present-day women.

France is considered the center of the world for the making of perfumes and the growing of flowers used in perfume. The flower-growing industry for the basis of perfumes is much smaller now that in the past 100 years because perfume makers use some synthetics.

Perfumes are much stronger scents than those termed “colognes” or “eau de toilette” or other fragrances. The cost of a perfume is also much higher than these other fragrances. Scents are termed by percentages of ethanol or a mix of ethanol and water. Perfume contains 15 to 40 percent of perfume oil compared to eight to 15 percent for “eau de toilette” or three to eight percent in “eau de cologne.” Men’s after shave or cologne splash usually contains only one to three percent of aromatic compounds. (The word “eau” is French for “water.”) 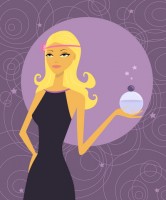 The important thing to remember about any type of scent is to use it sparingly. Many people, my husband Bill included, are allergic to heavy scents. They actually make the person who is allergic sick to the point of nausea.

Recently, we were eating in a restaurant when a woman and man were seated next to us. Her scent was overwhelming to the point that Bill had to leave his dinner and rush outdoors.
Other people have told me that they have had to remove themselves from a business meeting or even from church because someone else—men as well as women—had on so much scent that the odor made the allergic person ill.

Perfumes are very penetrating scents and should be used only on rare formal occasions. Other scents should be applied with just a small dab on one tiny area of the body. Anything else can be a health hazard—literally—for others.