S. 1776 would have preserved access by replacing flawed payment system 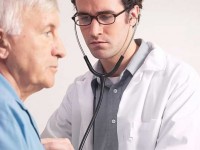 Today the U.S. Senate blocked critical  legislation to protect access to doctors for the 44 million Americans who rely on Medicare.  The Medicare Physician Fairness Act (S. 1776) would have replaced today’s broken doctor payment system, which calls for a 21.5 percent cut in physician pay in January.  The bill failed to pass a key procedural vote in the Senate today.

“While we are disappointed by today’s outcome, we applaud those senators casting a yes vote for voting to preserve access to doctors in Medicare and bring this bill to the floor for an up-or-down vote,” said AARP Tennessee Advocacy Director Patrick Willard.  “This critical legislation would have helped the millions of older Americans in Medicare have access to the doctor of their choice by replacing the flawed doctor payment system.  We look forward to continuing to work with Senators Alexander and Corker and their colleagues to pass health care reform that protects Medicare and ensures older Americans can afford quality health care.”

Willard added: “We are disappointed that Senators Alexander and Corker voted to block this important Medicare bill from open debate and an up-or-down vote on the Senate floor.  This bill would permanently replace the broken Medicare physician payment system so people in the program could continue to see their doctor.”

AARP notified the 111th Congress that it was tracking roll call votes on key legislation important to its 40 million members and reporting the outcomes of these votes back to its members. “We believe people make the right choices when they understand the issues and position taken by their elected officials.  AARP intends to ensure that its members get that information,” Willard concluded.

With more than 700,000 members in Tennessee, AARP is a nonprofit, nonpartisan membership organization that helps people 50+ have independence, choice and control in ways that are beneficial and affordable to them and society as a whole. We produce AARP The Magazine, published bimonthly; AARP Bulletin, our monthly newspaper; AARP Segunda Juventud, our bimonthly magazine in Spanish and English; NRTA Live & Learn, our quarterly newsletter for 50+ educators; and our website, AARP.org.  AARP Foundation is an affiliated charity that provides security, protection, and empowerment to older persons in need with support from thousands of volunteers, donors, and sponsors. We have staffed offices in all 50 states, the District of Columbia, Puerto Rico, and the U.S. Virgin Islands.