TROY, Al. – Heavy rains caused the cancellation of the Troy Invitational final round, Tuesday. In fact, the early morning rain never allowed the final to even begin.

As a result, the Lady Govs were unable to build on Monday’s second round 302 at the Troy Country Club. APSU shot 321 in the morning and finished sixth at 623. Louisiana-Monroe (607) was declared the winner followed by Troy (609).

“It would have been nice to see how we would have played today,” APSU coach Sara Robson said. “Monday’s second round just showed the potential we have.” 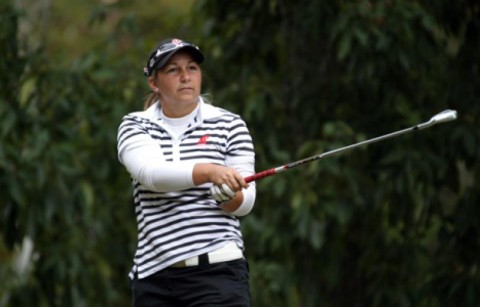 Junior Chelsea Harris shot a two-under par 70 in Monday’s second round to allow her to end in third place at 148. The two-under 70 ranks as Harris’ second-best career round and was Monday’s low round.