Underground 9 exhibits at the Poston Gallery

Nashville, TN – A rogue group of artists, The Underground 9, present their themed exhibit, Sanctuary, at the Tennessee Art League’s Poston Gallery during the month of December. An opening reception with the artists will take place Saturday, December 5th, as part of the Nashville Gallery Crawl.

Terri Jordan, founder of the Underground 9 says “the group is a gathering of creative spirits who not only want to exhibit their art, but also to give back to the community.” While there is a core group of members, the participating artists in each show will change. The 9 invite a select number of artists from the host city to exhibit with them each time. Jordan states that the unique things about the Underground 9 are that each show will have a central theme and the group donates of a portion of sales to a local cause. For the Nashville show that cause is the Tennessee Art League’s community outreach programs. 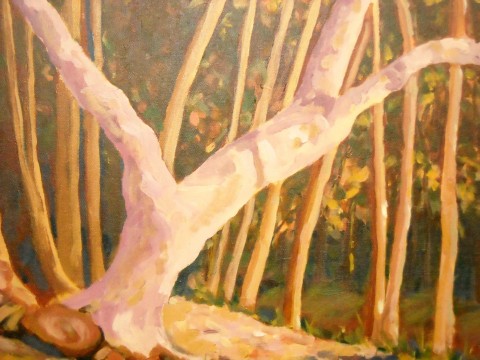 Included in the current exhibit are photographers Tonya Fleming and Tammy Dohner, painters Diane Batson-Smith, Jason Hargrove, and Jordan. Batson-Smith’s interpretations of the Sanctuary theme come out in serene sketches and canvases reminiscent of walking through tree filled parks. Jordan’s own work in the show features contemporary women draped in homage to her favorite artists. Two contemporary favorites included in the show include a Malcolm Liepke fashioned redhead and Odalisque 33, a tribute to Nashville’s Paul Harmon. Upcoming events in 2010 for the 9 include a one night exhibit in Clarksville to benefit the Clarksville Montessori House’s arts education and a December exhibit in Knoxville.

About the Tennessee Arts League

Calling Nashville home for over fifty years, the Tennessee Art League serves over 300 visual artists from across the state. The league offers a place for other area art groups to meet, studio rental space, and a gift shop filled with artisan treasures. Since opening the doors on the Broadway location, TAL has exhibited works from regionally and nationally known artists such as Paul Harmon, Lauren McCracken, Edie Maney, and watercolorist Denton Ridge. They also participate in Nashville’s annual Artrageous event.

The Tennessee Art League is located at 808 Broadway, one block from the Frist. Hours of operation are 10 am to 4 pm, Tuesday through Saturday.