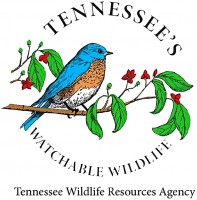 The new Web site features a wide range of information on wildlife and wildlife watching. The site was officially launched on Jan. 12.

“Tennessee Watchable Wildlife’s website is a valuable educational resource for teachers to use in engaging students when learning about the wildlife within their community,” said Marsha White, a second grade teacher at Fairview Elementary School. “Teachers from the elementary level through the collegiate level can use the site to facilitate learning.”

“One main feature of the Web page will be an extensive review of the birds of Tennessee,” said Scott Somershoe, TWRA State Ornithologist. “The page will have species accounts with information on each bird with features such as many photos for identification, songs to listen to, population status information, and where the best places are to see your favorite bird in Tennessee.”

The Web site will be regularly updated with timely information on wildlife activities happening across the state, new places to watch wildlife, information on animal groups other than birds, and the addition of new features. A blog will be updated regularly with the aforementioned updates and interesting wildlife news stories. Users can follow the blog by subscribing to the RSS feed. Updates can also be followed on Facebook and NING.com, by searching Tennessee’s Watchable Wildlife.