“This month we’ve seen a cumulative effect of statistical information which resulted in our high rate of unemployment,” reported Labor Commissioner James Neeley. “These figures are consistent with a weak holiday period that outweighed seasonal adjustments to the unemployment rate this time of year.”

The December rate a year ago was 7.6 percent. The national unemployment rate for December 2009 was 10.0 percent, equal to the November rate of 10.0 percent.

According to the Business Survey, 1,700 job gains occurred in retail trade; 1,200 in health care and social assistance; and 1,000 in professional, scientific and technical services. Major employment decreases occurred in manufacturing, down by 4,300; mining and construction declined by 3,900; and administrative, support and waste services declined by 2,900 jobs. 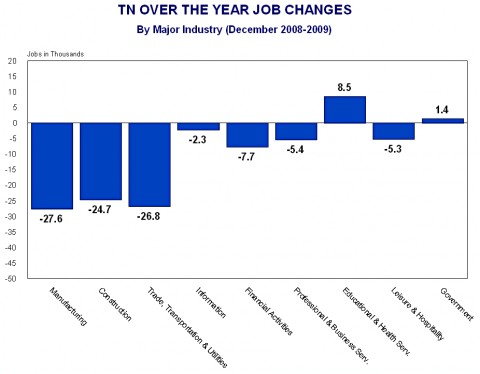 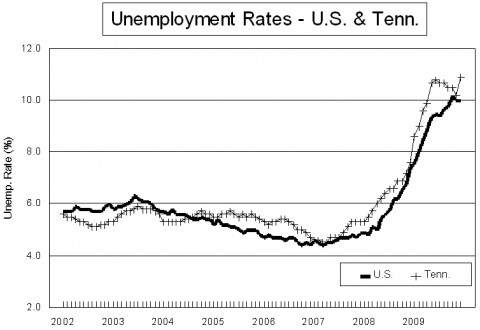