Now, the NEPA director says the agency can enforce standards and do the government’s work.

“We have a vehicle, but our vehicle was not able to go to a lot of places we needed to go,” said Abdul Monan, Panjshir NEPA director, through an interpreter. “We can say that we’re blessed now. We have motorcycles.”

Casada also had Monan sign a letter of agreement stating Monan would be responsible to properly care for and service the new bikes. 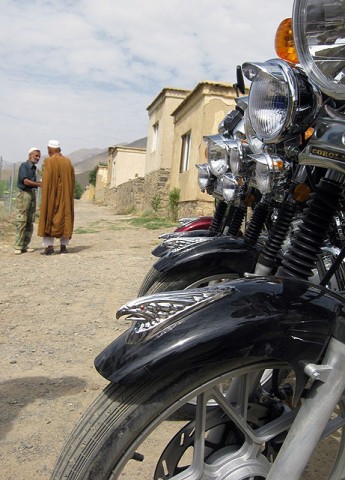 The Panjshir NEPA will now be more active in inspecting water, air quality and other NEPA-related responsibilities, said Casada.

“If they’re here without transportation, then they’re not doing their job,” said Casada. “This gives them the freedom to get to the places they need to get to. They’ll be a big part of inspecting the proposed Anaba slaughterhouse.”

Along with increased inspections, Monan said he is looking forward to some other important projects.

With a little help from their American partners, the nine Afghan NEPA employees and their director will be riding to inspect standards and enforce policies.